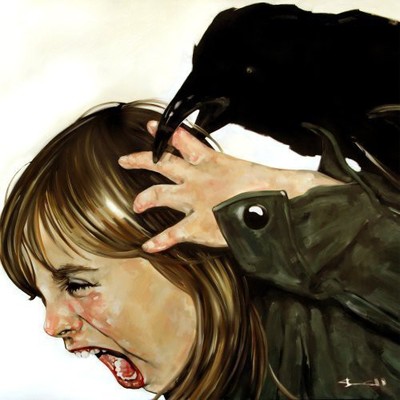 Produced by Ross Robinson (At the Drive-in, from First to Last, Sepultura), "Redeemer" is at once the heaviest and most personal album in this bands arsenal and that's saying something: With their 2002 Solid State Records debut, "Bless the Martyr And Kiss the Child," Norma Jean established themselves as one of the noisiest and most adventurous young bands in metal today. With the 2005 follow-up, "O God, the Aftermath," drummer Daniel Davison, bassist Jake Schultz, and guitarists Chris Day and Scottie Henry welcomed new vocalist and Arkansas native Cory Brandan to their lineup and took their artful, technical noise to the proverbial next level, earning critical acclaim and a 2006 Grammy nomination (for Asterik Studios awe-inspiring artwork) in the process, and embarking on a grueling tour schedule that most recently found them on Ozzfest 2006s second stage. And now, "Redeemer," Norm Jeans most unhinged, soul-baring playing to date. No matter how you interpret it, one things for sure: Slide it into your player, and you will feel Redeemer more than any other Norma Jean album. Emotional, spiritual, visceral, physical this isn't just the third album Norma Jean wanted to make; it's the career-defining statement they had to.

Here's what you say about
Norma Jean - Redeemer.

1) A Grand Scene for a Color Film
2) Blueprints for Future Homes
3) A Small Spark Vs. a Great Forest
4) A Temperamental Widower
5) The End of All Things Will Be Televised
6) Songs Sound Much Sadder
7) The Longest Lasting Statement
8) Amnesty Please
9) Like Swimming Circles
10) Cemetery Like a Stage
11) No Passenger : No Parasite