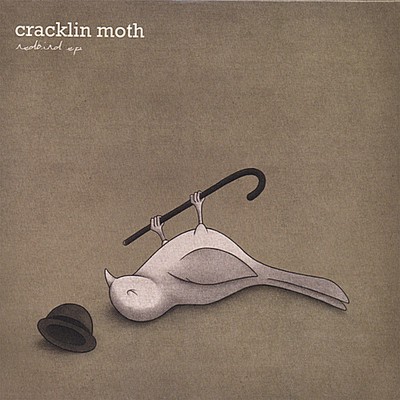 Chicago's Cracklin Moth is ready to inherit the alt-country torch. There are many factors that go into making a great band - talent, drive, a bit of luck and honesty - and there's never a guarantee they'll combine in just the right way. Cracklin Moth, though, has discovered that combination. Perhaps inadvertently, they've stumbled upon a sound and an ethic that, together, puts them among the most original bands around. Cracklin Moth is bigger than the sum of it's parts, comprising five local musicians, each bring his own feel to the music: Shawn Rios' ethereal flair on drums, Rocco Labriola's gorgeous conversational melodies on pedal steel and edgy lines on electric guitar, Drew Lindsay's twinkling jazz runs on keyboards, and, until recently, John Hasbrouck's steady, understated sensibility on bass (local backing musician P. Griffin Baron will step up to Hasbrouck's post). But the driving force behind Moth's lush sound is singer/songwriter Matt Ammerman. Representing himself in a series of juxtapositions - equally accessible and enigmatic, serious and devilishly funny, quietly confident and earnestly humble - he allows his songs to come naturally, saying 'good songs come lyrically and musically in 20 to 30 minutes - it just happens.' But he'll painstakingly apply himself to the details, creating layers and depth so precise you might not even know they're there. His voice, both recorded and live, is nothing short of timeless, equal parts of sweetness and grit, placed in exactly the right places. Since forming in 2002, Cracklin Moth has been hard at work. The release of their first disc, the Redbird EP, garnered attention from WXRT's Local Anesthetic, Time Out Chicago, and the notoriously hard-to-please Jim DeRogatis of the Chicago Sun-Times - all the while enjoying steadily increasing crowds at local haunts Schubas and the Hideout. Their latest EP, My Heart is Leaking, showcases the struggle between their given ability and attention to their craft, having taken almost 17 months to create. The result is a collection of five beautifully performed and produced songs that reflect the band's growing comfort in their genre-blending style of country, pop and rock. What seems simple is probably a lot more complex - though you'd never hear the work behind it. You only get the music, which is really all you need. 'In the end I think we would like to make music we are proud of that stands the test of time,' Ammerman says of the band's future. What they've shown us thus far leaves little doubt that they will. - Alison Breitman (UR Chicago)

Here's what you say about
Cracklin Moth - Redbird EP.