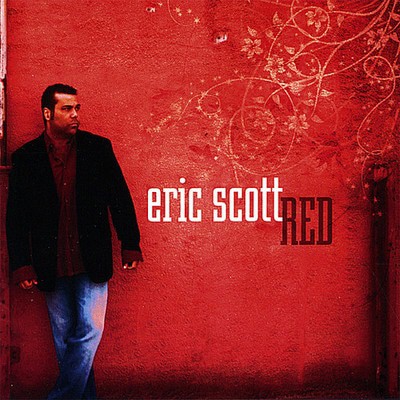 'RED'...13 all new original American soul/pop stories that are intensely personal, uplifting, very funky, and keenly observant of the world in which we live in today. With influences blurring the lines of neo-soul, pop, funk, rock, and even gospel...Eric has arrived at a truly unique sound that is definitely all his own. A Maryland native, Eric Scott has long been hailed as one of the finest (and busiest) stage & session bassists in the Mid-Atlantic. He's recently been gaining a strong following of his own with his 2002 debut release 'Let's Hear it for the Fools', of which The Washington Post says, 'Whip smart..hard to resist..clearly the work of a pop artist talented and resourceful enough to stand on his own.' Eric's new release 'RED' continues his maturation and growth as a songwriter, artist, and performer. Eric's influences are broad, but the one's that appear most often in his sound & songwriting are Ben Harper, Al Green, Jack Johnson, John Mayer, and Otis Redding. His songs are haunted by the ghosts of addiction and loss, social commentary, relationships, spirituality, and his powerful voice carries all the passion, redemption, fear & joy you'd expect to experience at a Southern Gospel revival. 'RED' was released on August 10th, 2007. It's as if his long history as sideman has focused a power, grace and intensity to the new recording; a long deserved opportunity to express what he has to offer as an artist and player. Having shared stages with artists such as James Brown, the Neville Brothers, BB King and Ray Charles, there's an old school Soul richness to the new release that's as welcoming as an old friend. There is a deep and personal nakedness to the songwriting that could at times be unsettling if it weren't for his pleasing pop sensibility, pervasive optimism and wildly tight grooves. Thank you...enjoy!

Here's what you say about
Eric Scott - Red.