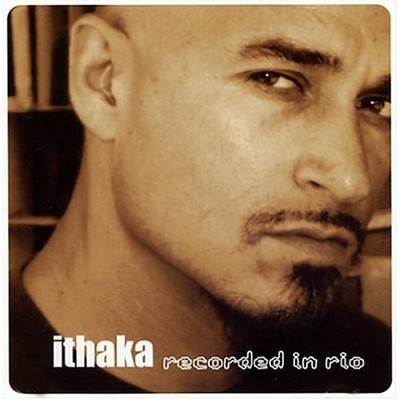 Often referred to as hip-hop's 'nomadic wanderer,' Ithaka's 'live it - write it - rap about it' style appeals at the most basic hip-hop level. Ithaka takes the listener on a musical journey incorporating basic yet insightful lyrics and driving rhythms with distinct cultural flavor. Born in California, Ithaka, also known as Darin Pappas, is an avid surfer and world-renowned sculptor whose travels have taken him from East Africa to Mexico to Portugal to Brazil. Ithaka's most recent album, Recorded In Rio, is a major departure from his 2001 album, Somewhere South Of Somalia. The lyrics for Recorded In Rio were scribed during a period of years, not months as was the Somalia album, and mirror the life of the artist from when he left Portugal in 1998 and returned to the US. From down and out episodes of middle-class poverty to surviving a Category 5 hurricane, Ithaka addresses a wide variety of subject matter ranging from tyrant employers, questionable government policies, drunk driving, absent parents, drug addicts, and real love to chaotic public transportation. Ithaka's first three albums, Flowers And The Color Of Paint, Stellafly and Somewhere South Of Somalia were released commercially in Portugal, each having significant success by Portuguese standards. 'Escape From The City Of Angels,' off of Flowers And The Color Of Paint, was included in the feature film, 'The Replacement Killers' and his audio poem SO GET UP (originally recorded as a collaboration with USL) has been remixed by the likes of superstar producers; Danny Tenagalia, Junior Vasquez, Strech & Verne and Fat Boy Slim. Ithaka's poetic 'audio films' convey a simpler, grass-roots form of hip-hop where the message is the driving force and music the foundation. Ithaka's unique style will connect with those longing to rediscover lyric-driven, experience-oriented hip-hop.

Here's what you say about
Ithaka - Recorded in Rio.