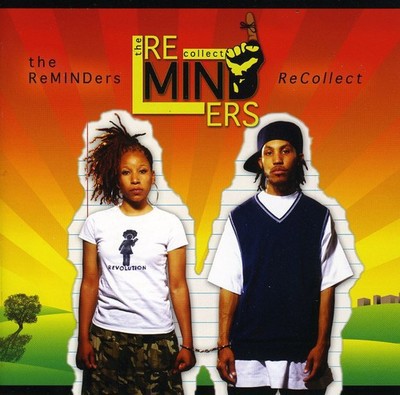 They say true love is a beautiful thing. True love that results in hip-hop is a beautiful thing with a great soundtrack. The Reminders have been making music for a while now, both individually and together. In 2005, Big Samir began performing with Aja Black around the midwest, sharing similar views on life, music and religion, they decided to come together and work on a concept entitled The ReMINDers. The sound is best described as 'soulful' awareness and positivity influence their lyrics, with a focus on harmonizing and bringing a message. After a two year break to raise their children, they are back with a powerful debut record 'ReCollect' that will gain them a solid position in the music world. Aja Black, born in Hollis Queens (New York), 26, sings and raps on the record while Big Samir, born in Brussels (Belgium), 27, occasionally flips back and forth from French to English with a dope bilingual flow. The Couple-Duo is very busy promoting positive vibes and great music for people of all ages in the world to enjoy. For the past couple of years, they have acquired much success by sharing stages with such artists as Fishbone, DeLaSoul, KRS 1, Dead Prez, Immortal Technique, Little Brother, Pharcyde, Talib Kweli, Mos Def, K'naan and have also hit the road with Blackalicious and OneBeLo.

Here's what you say about
Reminders - Recollect.