Zach Ziskin - Real As the Memory 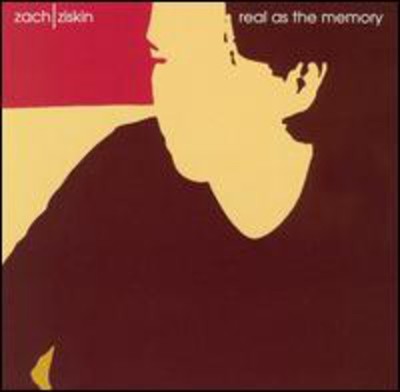 Zach^ziskin defines modern pop with a fresh sound that wraps instantly memorable melodies in concise, hook-laden songs. The South Florida native's retro-style songwriting and rich, textured sound are steeped in classic pop sensibility, echoing the past but with a modern edge that draws from a wide range of influences including Jeff Buckley, Jellyfish, The Beatles, Coldplay and U2, among others. Zach, who studied at the famed Berklee College of Music in Boston, was named by the South Florida Sun-Sentinel as one of the top five local artists in 2002. Songs from his debut CD, real as the memory quickly ignited interest from radio stations, internet sites and music fans from around the world. Requests from radio stations in Belgium, Germany, Italy, the U.K., Australia and right here in the USA have been pouring in since the album's release in late fall 2002. The album's first single, falling to pieces, has received glowing reviews by critics, as well as fellow musicians who voted the song number one on Compo-10 Internet Radio. The song was also recently selected from more than 3,000 entries to be included on Fender Records' compilation CD, OP Emerging, due to be released in Spring 2004 with distribution through Rhino/Warner. In addition, after being voted number one by fans of makeastar.com, falling to pieces is also included on Make A Star's nationally distributed compilation CD.

Here's what you say about
Zach Ziskin - Real As the Memory.