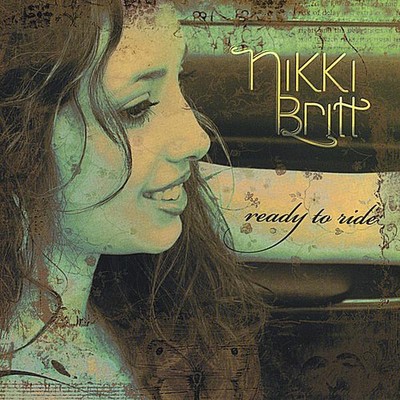 Nikki Britt grew up with MTV and VH1, spending hours in front of the TV learning the words to her favorite songs. Her family quickly tired of Toni Braxton's "Unbreak My Heart" after hearing it over and over and over...and over. This emotional song kick- started Nikki's dream of singing and demonstrated her early vocal maturity. She began taking voice lessons with renowned instructor Sal Dupree, but just didn't connect with the music she was singing - mostly Broadway tunes. It wasn't until a family vacation to Nashville when Nikki was 11 that she really found her calling. The family had gone to the Grand Old Opry, where Dolly Parton was singing. "When I heard Dolly singing live," says Nikki, with a big grin, "I just knew that I was born to be a country music star. I've been singing since I was 8, but [everything] seemed common and just wasn't in my heart. But when Dolly sang, my eyes popped wide open and I knew there was something special about country music. I was amazed. I was drawn to it." Upon returning home, Nikki soon found herself performing more frequently for various audiences at the recommendation of Mr. Dupree. At age ten, she sang "The Star Spangled Banner" for a hometown crowd of about 6000. Mr. Dupree also suggested her talent for the local Breast Cancer Marathon and when the Mayor heard her voice, she was selected. Nikki quickly discovered her interest in using her talent to benefit charity events and says that she enjoys giving performances as a means of raising money to ultimately help others. Her singing performances, charity involvement and opportunities have exploded. From demos to cruise ship performances, from Atlantic City, NJ to Manhattan, NY, this rising young star has quite an impressive resume. You can hear her on The Hollywood Hooligan's Rock CD (a fund raising music mix benefiting Kidz Helping Kidz), recordings with some of Dolly Parton's musicians produced by Kent Wells. Her first single after being signed to country music label Rustic Records, Inc., "Cowboy", released at the end of March, 2008. In addition to her passion for country singing, Nikki writes, dances, plays piano and guitar, and has learned to sing in four additional languages; Spanish, French, Italian and Japanese. Wise beyond her years, she recognizes the popularity of country music in other countries and intends to become an international artist. While many artists will tour in other countries, she wants to be an artist that will sing to her fans in their native language. We are so excited that Nikki has decided to join the Rustic Records, Inc. Family.

Here's what you say about
Nikki Britt - Ready to Ride.