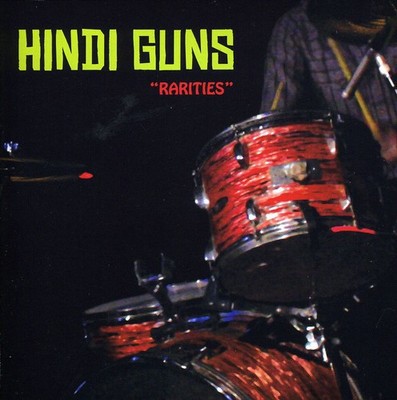 'FOUR STARS' - Record Collector Magazine #366 NEW ALBUM!! This April 2009 release is an eclectic mix of internet singles, b-sides and unreleased tracks recorded by the band between 2004-2008. REVIEW FROM KZSU 90.1 FM 'ZOOKEEPER' Your Imaginary Friend Reviewed 2009-04-19 "Indie rock", with female vocals. Good and irreverent. A collection of unreleased/rare tracks from this Portland band. Mix of 90's/Northwest tainted grungy indie rock with bouncy poppy rock. Strange in a way, but cool for sure. 1) smarmy rock with samples as "vocals", foul mouthed dude with chorus of "we mess up the system" (*this vocal sample is LEMMY from MOTORHEAD. Henry Rollins is sampled too. - ed.) 2) cool rock with female vocals, bass melodies, 90's feel but good 3) simple sexy beat, dirty girl singing about messed up world, money and taxes (is there an FCC?) 4) mellow indie rock sung in Spanish 5) mellow rock 6) sexy feel, a tad retro 7) a groovier dance remix version of #1, piano and funkiness 8) bouncy retro feel with tambourine and French vocals, retro frenchy pop 9) cool groovy rock, piano and swirling tones RECORD COLLECTOR MAGAZINE REVIEW: HINDI GUNS RARITIES CD: '****' (FOUR STARS) -- RECORD COLLECTOR HINDI GUNS - RARITIES Lemmy pops up in the strangest places... Hailing from Portland, Oregon, The Hindi Guns were formed in 2003 by guitarist Kurt Voss, who also happens to be the director of Ghost On The Highway, last year's superlative Jeffrey Lee Pierce documentary. Obviously a man of several talents, Voss is joined by laconic singer and co-songwriter Deedee Cheriel, plus assorted musicians on this set of EP tracks and previouslyunreleased material produced by Simon Widdowson of fellow Portland band The Decemberists. Hindi Guns can recall anyone from the Patti Smith Group (the Walking Barefoot stride of Sweet Honey) and Destroy All Monsters' Niagara - mainly thanks to Deedee's deadpan slow-fuse way with a phrase - to late 60s West Coast rock on the dreamily-textured early B-side Come On, or the attractive country-feedback cocktail of Miel. Voss also has a pop at drum-loop-and- sample whoopee by planting snatches of Lemmy and Henry Rollins from the Gun Club film, Ghost On The Highway, over some harsh beats. There's also a particularly nasty 2004 version of Primal Scream's Rise, plugging in to it's original title of Bomb The Pentagon with relish. Anyone who dedicates a song to "Instant Karma and the Peel sessions" must have their heart in the right place. The late DJ was a fan and it's not hard to see why. Stingin Pig ^ SP 63 Reviewed by Kris Needs RECORD COLLECTOR, Issue 366.

Here's what you say about
The Hindi Guns - Rarities.