Notch - Raised By the People 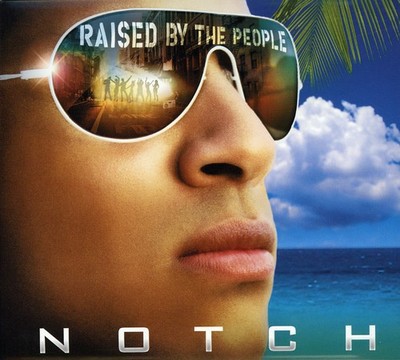 Former lead vocalist and creative force behind the Hip-Hop/Reggae riddim machine Born Jamericans, one of the pioneers to introduce Reggae to Mainstream American in the early nineties. Shared headline billing on sold-out tours around the world with the likes of Destiny's Child, Missy Elliot, Snoop Dog, Sean Paul, Ravanes, Tego Calderon, Beenie Man, Shaggy, Inner Circle, just to name a few. Now as a solo artist on a different musically venture, Notch Is Back - stronger than ever!. with constant airplay throughout 2004 "Hay Que Bueno" has perfectly positioned NOTCH on all major Spanish radio stations, building a bridge from Puerto Rico to Jamaica, between BET and Mun2, crossing traditional programming lines and connecting with broad audiences in many diverse markets. "Wepa" which was aired on NBC's hit TV show "Third Watch." He also digged into his reggae roots the with the solo title track "Nuthin Nuh Go So" on the Buy Out riddim, popularly known as the reggae riddim, Sean Paul's "Like Glue," he can also be heard on Grammy Award winner Beenie Man's previously released album, on the track titled "Pure Pretty Gal," produced by Tony Kelly. Notch is featured on the famous Canadian BMG Hip Hop Recording Artists the"Rascalz" latest album which debuted at #22 on the Canadian Billboard Charts. From Jazz to Alternative. Most recently he was featured on the acid jazz fusion group Thievery Corporation's song "The Richest Man in Babylon" which was performed NBC's late night talk show "Late Night with Conan O'Brien."

Here's what you say about
Notch - Raised By the People.