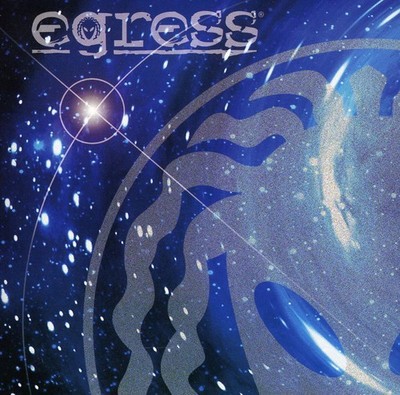 Driven by a dedication that borders on obsession, the five-some from Dallas, TX known as Egress is committed to the crowd and married to the beat. Mixing elements of Alternative Rock, Reggae, Hip Hop, and Rock and Roll, Egress breaks down musical barriers to create a genre-bending union of sound that has earned them the titles of 'breakthrough' and 'buzz-worthy.' Bobby Liszewski (bass) and Mark LeBlanc (drums) first forged their musical brotherhood before their teens. As founding members of Egress, a unification of guitar driven sound and rhythm, these guys have shared the stage with national acts and Dallas favorites alike. In 2003, the duo finished the final touches on their impressive line up for the new Egress. Now ready to expand and revive their original sonic design. They were now joined by former members of other successful groups Aubrey Amado (vocals) and Blake Pritchard (guitar). Journeyman guitarist Terry Davis was the final recruit added to complete the lineup. Later that year Egress caught the ear of self made success producer David Arbelaez of Rantic Records. Arbelaez quickly signed on to work as a producer for Egress and brings his vision, drive and platinum prowess to their debut full length album "RAGA Project". In 2004, Egress stunned listeners with breakthrough debut performances headlining the Curtain Club, Trees and Gypsy Tea Room in Dallas, Texas. Performances at sold-out Dallas shows as this, took Egress on to other venues, sporting events, and shows all through out Texas and other southern states in the US. Egress's uniquely diverse catalog takes unsuspecting ears from one extreme to another while staying true to an aural recipe that is both contrasting and cohesive. When asked to describe their music, Arbelaez answers, 'Sonically, we're the premium blend of rock and the hippest of beats. We're the sound that gets your feet tappin,' we're the melody that gets stuck in your head. We threw the show that you met your new girlfriend at, we'll throw the show that you meet your next girlfriend at.'

Here's what you say about
Egress - Raga Project.