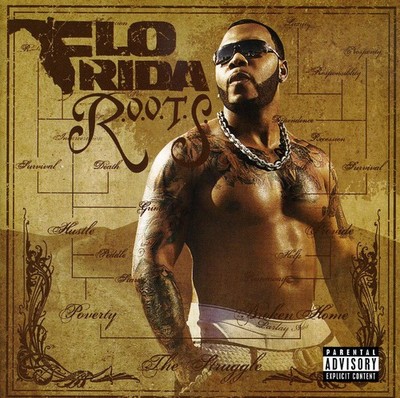 Poe Boy/Atlantic recording artist Flo Rida has made history with his blockbuster new single, Right Round, shattering the all-time one-week digital single sales record previously held by his own game-changing debut, Low (Feat. T-Pain), not to mention marking the highest digital single debut ever. The track featured on the Miami-based MCs hugely anticipated new album, R.O.O.T.S. has sold over 636,000 downloads in the week since it's February 10th release, far exceeding the record-setting 467,000 sales week of Low in January 2008. What's more, Right Round has broken the record for most downloads sold in the first week of release, set just last week by Eminems current #1 hit, Crack a Bottle (Feat. Dr. Dre and 50 Cent). The track currently ranks at #1 on the SoundScan Digital Song Chart, iTunes, Amazon, and Rhapsody. R.O.O.T.S. an acronym for ROUTE OF OVERCOMING THE STRUGGLE arrives in stores and at all online retailers on March 31st. The album follows Flo Rida's internationally successful debut, MAIL ON SUNDAY, which made an explosive Top 5 entry onto the Billboard 200 upon it's March 2008 release. As on the previous collection, R.O.O.T.S. sees Flo Rida joining forces with an extraordinary array of A-list collaborators, featuring artists like Nelly Furtado, Ne-Yo, and Pleasure P, and including production from Jim Jonson, Dr. Luke, Eric Hudson, Mike Caren, and DJ Montay, who produced Low.

Here's what you say about
Flo Rida - R.O.O.T.S. ( Routes of Overcoming the Struggle ).