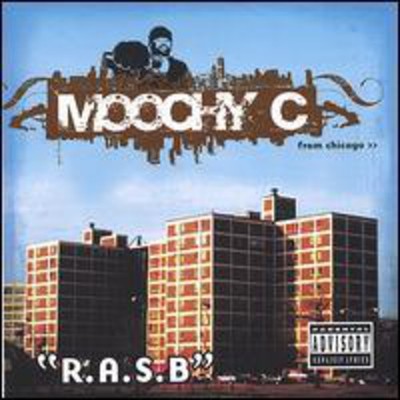 Moochy C is the most underrated MC coming out of the mid-west. He has overcome great tragedy and pain, by losing his mother and watching his sister go through brain surgery a sister that helped out alot in raising Moochyc,plus growing up in one of the hardest projects in the country "Cabrini Green". A native of Chicago, IL, he has relocated to Minneapolis, MN to try to make a better life.While living in mpls Moochyc has had children which he now has custody of one of them.As a single father Moochyc is doing his best to be a father not only to the one that lives with him but to the others that don't. Moochy C has been performing and doing shows for sometime now. He has a list of venues such as: The Red Sea, The Blue Nile, The Cabooze, The quest, Tabu, First Ave, The 4th street station and the Annex just to name a few. He has also been an opening act for 50 cent, Rawvilla, TMC, Lisa Ray, Big Tigger and Slum Village. This will be the debut album from Moochy C,RESPECT AH SLICKA B**CH,'RASB'. The 1st single DADDY WILL ALWAY'S LOVE YOU (STILL YOUR DADDY), will touch everyone young, old, male, female. It is a great preview of what the album will have to offer. So take a good listen to the album 'R.A.S.B'. It will take you on a journey of a son, a brother,a father........The man Moochy C.