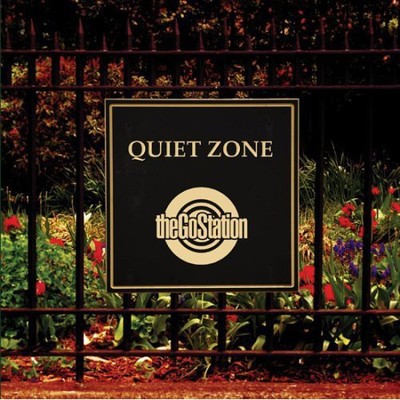 Feet not quite on the ground, heads well above the clouds, The GoStation exists in many places at once. Grounded in the slick streets and liquor-fueled venues of NYC, this five-piece musical force consistently twists rock and pop conventions into bright new forms, echoing sonic sentiments that stretch from mid-'90s Manchester to modern-day Manhattan. Formed in early 2003, The GoStation has played consistently around it's native metropolis, sharing the stage with acts such as Elefant, The Bravery, Robbers On High Street, The Dears, Benzos, Sons & Daughters, The Blue Van, and Morningwood. The band has also performed at the CMJ Music Marathon for the past two years straight, and on New York-based Fearless Music television, a program that has featured everyone from Kasabian and The Datsuns to Ben Lee and Mando Diao. The Quiet Zone EP marks The GoStation's first official release. Featuring five unforgettable tracks, the disc was recorded in and around NYC with producers Bill Racine (The Flaming Lips, Phantom Planet, Rogue Wave) and Werner F. (The Stills). Songs from the EP have already received airplay from outlets including 92.3 K-Rock, one of New York City's largest commercial radio stations, and a number of online broadcasters. Anthemic, uplifting, and dynamically diverse, Quiet Zone stands as both a sonic statement of intent and a signal that a new sound is set to burst from a constantly evolving scene. From the heavenly swell of 'C'mon' to the ominous swirl of 'Hold On,' from the relentless drive of 'Another Day' to the irresistible glide of 'Wandering Away,' and all the way through to the epic closing moments of 'The Way of the World,' the disc reasserts what the band has been proving all along - that a melody or a beat is no more tied to it's place of origin than the mind that envisions it. Meaning that, wherever you are, The GoStation is there. Grab your ticket and hang on for the ride of your life. The GoStation is: ----------- Doug Levy - lead vocals Matt Friedlander - lead guitars, vocals Nick Picozzi - bass Erik Nyquist - guitars, vocals Justin Aaronson - drums, percussion.

Here's what you say about
The Gostation - Quiet Zone EP.