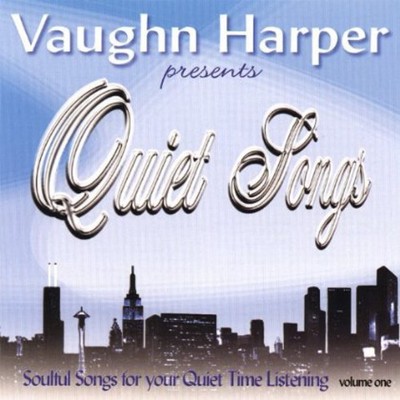 For almost two decades; millions of New Yorkers have enhanced their evenings with the QUIET STORM, the tri-state area's number-one night time music radio program hosted by velvet voiced air personality, Vaughn Harper. Arbitron ratings confirm the people's choice. According to them, Harper's critically acclaimed program remains among the top rated FM radio shows. Monday to Friday, every week on WBLS (107.5), as his X-rated voice creates a panacea, an oasis of calm, he seductively enraptures listeners in a lush blend of soft music- the best of the past, present, and future, ballads, jazz and pop- the madness of the world ceases, or seems to. People feel safe, soft, and warm when listening to the Quiet Storm. Reflecting on his years on WBLS helming the QUIET STORM, Harper notes the brightest part of my radio experience has been presenting the best music on New York radio every night and knowing it is appreciated. It's what radio should be about. With a voice that is as personable as it is distinctive, Harper has contributed to the preservation of personality radio and along the way, has accumulated numerous television and radio commercial credits, including Gallo Wine, Stroh's Beer, Oscar Meyer, McDonald's, Miller Beer, Mercury Mountaineer, and Mellon Bank just to name a few. Always interested in broadening his horizons, Harper has done guest interviews on the McCreary Report, as well as hosting New Jersey's cable tv show Nightmoves, a popular video magazine. Moving even further a field, Harper hosted the Quiet Storm on FM 802 in Osaka, Japan. Though Harper doesn't speak Japanese, with his choice of music and distinctive voice, he was able to create a mood and feeling that transcended the language barrier making his show number one in Japan for many years. In addition to his personal achievements, Harper's community involvement has put him in direct contact with his loyal listeners and viewers. As co-founder of the WBLS Sureshots basketball team, Harper has helped his successful hoops squad raise thousands of dollars in the name of various charities.

Here's what you say about
Vaughn Harper - Soulful Songs for Quiet Time.