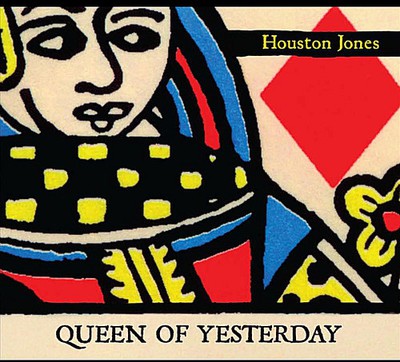 Houston Jones is proud to announce it's latest Summerhill Records release, Queen of Yesterday. Working once again with five time Grammy nominee Cookie Marenco, Queen of Yesterday was recorded live in the studio on two inch tape with minimal overdubs. The new CD captures the hotwire energy and telepathic interplay of a live Houston Jones performance in a pristine audio environment that brings the listener almost literally into the studio as the music is being made. Long time musical shape shifters, with Queen of Yesterday, Houston Jones struts it's Americana roots like never before, from grinding blues to post-bop jazz to raw boned country to the most delicate ballads. A varied and nuanced collection of songs exploring the theme of loss with, by turns, wry humor, exhilaration, anger, quiet reflection and anguish, Queen of Yesterday is Houston Jones' most sophisticated and ambitious offering to date. Although celebrating their newest recording, Houston Jones is no stranger to live performance. They have performed at large festivals from the west coast to the Rockies, to the Midwest. Most of the members of Houston Jones were original members of the internationally acclaimed Waybacks, and they have performed individually in bands with such distinguished artists as Norah Jones, Buddy Miller, Jim Lauderdale, Peter Rowan, Bo Diddley, Rickie Lee Jones, Ramblin' Jack Elliott and more. Reviews from Billboard.com called Houston Jones 'a wonderful gem'. Built around the gospel born whiskey cured vocals of Louisiana native Travis Jones and the high wire left handed upside down guitar wizardry of Glenn Houston, Houston Jones continues to pull away from the crowded Americana field. While at home with the high lonesome and the down and dirty, Houston Jones has charted it's own path by embracing the whole, glorious pageant of American music. In the words of Cookie Marenco, "Houston Jones brings incredible depth and humanity to their music and performances. If I could join a band, it would be Hojo. They are one big, warm heart of creativity and inspiration." Song Synopses: Angels on the Ridgepole: raucous blues-a mash-up of Skip James, James Joyce and Hound Dog Taylor. Monsoon Horizon: pure acoustic Americana-a restless heart runs from the past toward the promise of the unknown in the high country of the West. Calamity Jane: brooding jazz-an urban tale from the streets of Oakland; small arms and lack of impulse control. Three Things: acoustic pop (leavened with doumbek and finger cymbals)-ruminations on the mysteries of the power of attraction. If Not For The Darkness: Appalachian picking segueing into Harvest-era Crazy Horse-a stark reverie on mortality. Wrong Side of Love: electric country-full tilt swagger; the title says it all. I Found A Heart: acoustic ballad-a heartbreaking story of love found and then lost. Lost Without You: slow electric blues-the archetypal tale of love gone wrong, with incendiary work from Glenn and Henry on guitar and keyboards respectively. Bluebird Sky: West African inflected acoustic-inspired by a dream, an impressionistic meditation on love in exile. Lone Star Smile: swing jazz-you can take the girl out of Texas, but you can't take Texas out of the girl. Queen of Yesterday: electric "triple A"-a response to a tragedy that beget more tragedy, a cold eyed look at the implacable and remorseless nature of loss. Lost in the Crowd: solo piano ballad-Henry channels Billy Strayhorn; barstool reminiscences from the next to last rung from the bottom.

Here's what you say about
Houston Jones - Queen of Yesterday.