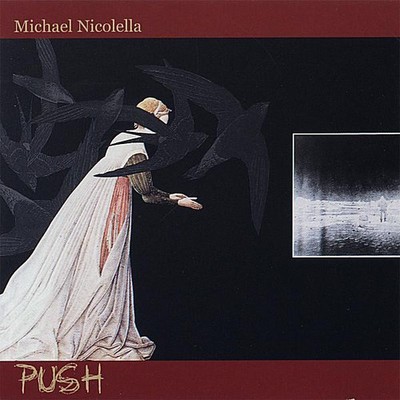 'a display of stunning technical skill and unfailing musicality over a very broad spectrum... others have 'crossed the track' in one direction or the other but none has done so with the technical and/or musical success as Nicolella' -John Duarte, GRAMOPHONE 'remarkable...breathtaking...superb...a fully enlightened musician of our time.' -Paul Fowles, CLASSICAL GUITAR (U.K.) '(Nicolella's) 'Three Brief Episodes,' displays such a rare beauty that it had to be mentioned here...a work that sacrifices nothing in it's brevity, has an uncommon grace, and still moves with depth and energy.' Stephen Griesgraber, GUITAR REVIEW 'impresses with his virtuosic musicianship...pushes the boundaries of what one might consider technically playable.' Jason Serinus, HARTFORD ADVOCATE BIO: Michael Nicolella is recognized as one of America's most innovative classical guitarists. He has received wide critical acclaim for his performances, recordings and compositions. Classical Guitar magazine recently referred to him as "one of the contemporary guitar's most gifted stars"; while the Washington Post stated "Since the passing of Andres Segovia the guitar world has needed an advocate... perhaps Michael Nicolella is that person." A uniquely eclectic and versatile artist, Michael blurs the lines between musical styles and disciplines. He is part of a growing trend in classical music to revitalize the role of the composer/performer. As a concert artist he frequently programs his own works for guitar in solo, chamber and orchestral settings. Known for his creative programming, he has introduced electric guitar into his 'classical' programs and extended the repertoire and audience of his instrument not only with his own compositions and transcriptions, but also by premiering and commissioning works by some of today's most exciting emerging composers. Michael has performed with the Seattle Symphony, Northwest Symphony Orchestra, Merce Cunningham Dance Company, Ensemble Sospeso, odeonquartet, Seattle Choral Company and Charanga Danzon. As a performer and composer, he has received awards from ASCAP, the American Composers Forum, 4Culture, Wisconsin Arts Board, Washington State Arts Commission, Seattle Arts Commission and was first prize winner of both the Portland and Northwest solo classical guitar competitions. Michael is a graduate of Yale University, Berklee College of Music and the Accademia Chigiana in Siena, Italy. He is on the faculty of Cornish College of the Arts in Seattle.

Here's what you say about
Michael Nicolella - Push.