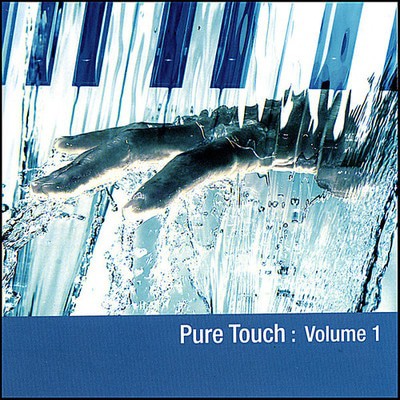 Craig Linder is proud to be one of the seven very talented piano artists to be selected for inclusion on the Pure Touch Volume 1 release. This collection represents some of the most soothing and relaxing compositions ever created, and no doubt will soon become one of your favorite easy listening and relexation albums About Craig Linder: Riding the success of his debut release, Blue Serenity, solo pianist, Craig Linder, has come right back with his follow up release, Memories of Love. This new album continues with Linder's trademark style of relaxing and engaging solo piano, but offers a touch of instrumental variety. 'Several songs on the new album have contributions from Seattle violinist, Tyler Reilly. He's incredible and I'm thrilled with the way we worked together creatively. No doubt, listeners will really enjoy it.' 'With every song I write, I find myself pouring more and more of my soul into my music. It's incredibly rewarding to see the face of someone in the crowd when they really connect with one of my songs. It's like they tapped into the same energy I did when it was created. Studio work is certainly rewarding, but at times you wonder if you're creating something people will really want to listen to. Getting that connection during a live performance is that confirmation of what you hoped to achieve. It's very satisfying.' Growing up in the southern farmlands of Minnesota, Linder's first exposure to the piano was at the age of five when his grandfather brought home an old upright piano he salvaged from an abandoned dance hall before it was torn down. Although he enjoyed learning simple songs and playing piano duets with his siblings, at the age of nine he convinced his mother to buy him an acoustic guitar and take him to guitar lessons. Unfortunately his teacher's approach resulted in a short-lived stint with the guitar. 'I'd probably be a guitar player today if my teacher's style wouldn't have been so very strict and extinguished all enthusiasm I had for the instrument. During my year and a half of lessons which consisted mainly of drills and scales, the closest I ever got to rock n' roll was the piece I played for my last recital, 'Home on the Range'. It was quite frustrating and I was finally allowed to quit.' After finishing engineering school at Mankato State in Minnesota, Linder settled in Seattle where he began to focus more seriously on the piano. In 1992 he joined his first Seattle band. 'It was a country band and full of talent, but the lead guitarist was always throwing me solos during live gigs on songs I had no idea what to play. It was unnerving at first, but in retrospect it motivated me to work very hard and greatly expand my repertoire.' After playing for several years with country and rock bands in Seattle and briefly in the United Kingdom, Linder's musical interests began to change as he began exploring more of his own instrumental compositions. In 1998 he stepped out of the band scene and began writing the music for Blue Serenity. 'This was the first time I was able to be totally selfish and completely true to my own creative instincts - no compromises. The album was a wonderful success and now with the release of Memories of Love, I feel I have taken my creativity to a new level'.

Here's what you say about
Matt Bachrach - Pure Touch.