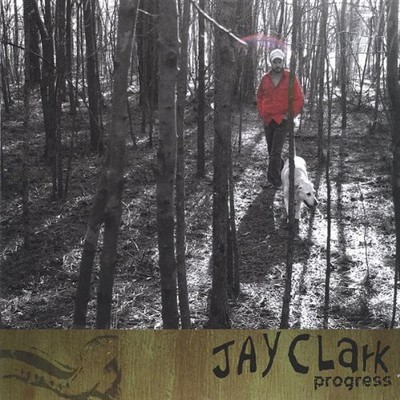 By Steve Wildsmith (The Daily Times, Maryville, TN) Liquor has long provided inspiration for poets, writers and songsmiths, and it's no different for former East Tennessean Jay Clark. Alcohol is both bane and balm on Clark's new album, ''Progress.'' His subjects struggle with it, use it as a crutch and remember fondly the days when their grandparents made it. It's no wonder, then, it also provided some stimuli for Clark and Blount County boy Jeff Barbra, with whom Clark wrote a few of the tracks on ''Progress.'' ''I'd never tried to sit down and write a song with someone else other than Robin (Contreras, of RobinElla and the CCstringband) until Jeff and I met,'' Clark told The Daily Times this week. ''He e-mailed me one day and said he liked my stuff and wanted to know if we could get together and write. ''So we started getting together and taking care of some PBRs (Pabst Blue Ribbons) and just hammering it out. Jeff's really good at coming up with ideas, and we'd take them and run with them. I was timid at first about throwing thoughts and ideas out there with someone sitting right in front of me, but we got to where we didn't hesitate at all throwing it out and saying whether we liked it or not.'' Not that Clark has any reason to be shy. He put out a fine first album in 2004, ''Pen to Paper,'' and ''Progress'' is a solid, if not stronger, sophomore effort. He's held his own with Contreras and her band, led by Cruz Contreras, over the years and established himself as singer-songwriter worth his salt. Clark's music career coincides with that of Contreras, with whom he partnered up with at the University of Tennessee, back in 1996. They started out singing together at churches and gradually put together a band called The String Beans, which included the mandolin virtuoso who would become Contreras's husband, Cruz. The band played around Knoxville through 1998 and '99 before Clark left for Oklahoma State University, where he obtained his doctorate degree. But Clark and the Contrerases kept in touch, and eventually, Clark moved back to East Tennessee. (He now lives in Hazel Green, Ala., just south of the Tennessee line and works as a wildlife biologist for the University of Tennessee.) After moving back to town, he put together ''Pen to Paper'' out of songs he had written and accumulated over the years. ''I essentially had four or five years worth of material to choose from, but for the new album, I think my writing is more thematic in terms of how I tried to do it,'' Clark said. ''For the new record, the songs were written in the past year, so the subject matter is much more current as to the thoughts that go through my head. '''Pen to Paper' was about certain things that happened to me or things I witnessed that I might haven taken years to sit down and write about. I wouldn't go as far as saying all my songs are autobiographical, because they're definitely not. But you come across numerous people in your life you feel a connection to, and sometimes it kind of clicks with something inside of you, and you try to relate to some small part of that so you can put yourself in their shoes to write about it.'' His singing and playing style come across as a sweet mixture of folk and bluegrass -- ''folk-grass,'' you might call it. His handsome tenor resonates mournfully above delicate-sounding, intricate chords, and when backed by the CCstringband (and accompanied by Robin's vocals, as he is on several songs on ''Pen to Paper'' and one on ''Progress''), his songs hum with power. On ''Progress,'' his subject matter runs the gamut, from the environmental protest feel of the title track to haunted characters in ''Demons'' and ''Constant Reminder.'' It lends the album a certain gravity that has a brooding, introspective feel to the music. ''I don't think melancholy is necessarily a bad way to put it,'' he said. ''For the song 'Demons,' I got a few poems from the co-writer, and when I first read them, I thought they were really dark. I didn't know if I could use them, but I liked them, and then I got an e-mail about a young man who had passed way due to drug addiction. ''He had been a big fan of 'Pen to Paper' and had used it at an outlet, his family said. They even played some of the songs at his funeral. And her poem was about the same thing, so because these people shared those events with me, I was able to relate to it and write a song about it.'' The song ''Constant Reminder'' came about during a trip back to East Tennessee, when he spied a man sitting outside a boarded-up liquor store in the Vestal community of South Knoxville, off Old Knoxville Highway. ''He was just sitting there with a brown bag in his hand at 10 in the morning, almost like he was waiting for the place to open back up,'' Clark said. ''Some people might call him a bum, but he might have been a productive member of society at some point. I got to thinking about what might have gone wrong in his life, and it inspired me to write about it.'' It's not hard for him to find inspiration, he said. The songs come at odd times -- when he's hiking, or driving or even in the shower. ''When I get away and have time to think, it's like I'm constantly writing in my head,'' he said. ''I don't always have to have pen and paper in my hands to come up with music.''

Here's what you say about
Jay Clark - Progress.