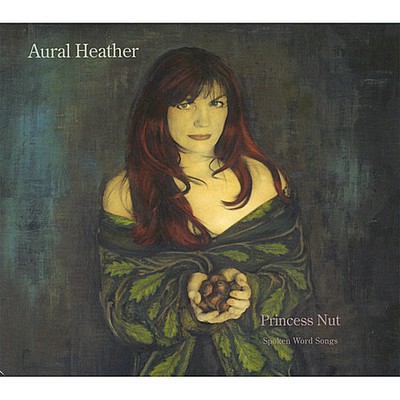 Aural Heather is the new weather, a unique, sublime fusion of song and spoken word" by maverick poet-singer Heather Haley and dazzling guitarist-producer, Roderick Shoolbraid. "The intricate interplay of Haley's words and Shoolbraid's music works well in a studio recording and it was a pleasant surprise to see them carry it off so well in a live setting. These works are complex enough to have foiled a less talented duo. The poetry and music here is vital and alive. The performance has it's own energy that draws in the audience. Put these words and music together and the whole truly is greater than the parts." -Sound Bytes These charming redheads, working in a myriad of media and from disparate backgrounds, have joined forces in bold experimentalism to produce a much-lauded video-Purple Lipstick-and their inaugural CD, Surfing Season. Roderick Shoolbraid has always been open to re-working the paradigms at hand, though classical music and jazz are the pillars of his career. Haley is an artist intimate with the music of language. Raised on folk and country music, she discovered rock and was composing songs and poems from the age of six. Old School and proud of it, she is often found pushing boundaries and always on the vanguard. "A Canadian national treasure," Haley started writing verse in high school and her life as an artist began on the stage of the infamous Smilin' Buddha in Vancouver fronting the all-girl punk band the Zellots. Later she formed HHZ-praised by LA Weekly music critic Craig Lee as one of the city's "Ten Great Bands." Aural Heather's brawny, uncompromising and emotionally charged spoken word songs rouse audiences with a high-impact live show that places them in a genre-crossing, category-defying position, truly and only unto themselves. • \'Poetess and ramrod Heather Haley proves there\'s rock and roll beyond art.\'-LA Weekly • "Interesting and powerful words driven by great beats and sounds." -Harry Kipper, Kipper Kids • "Brilliant! You rock, and you're going to make your audiences rock."-Biff Mitchell, BlackTop Motorcyle Gang Aural Heather has recently been featured on CBC Radio, Liquid Lunch and Howl with Nik Beat-CIUT Radio 89.5 FM-Toronto, CKUT-FM-Montreal, Wax Poetic-CFRO/Vancouver, CKXU-Lethrbridge, Word Slingers-WLUW FM/Chicago, Outsight Radio Hours-Detroit, Nette Radio and Blog Talk Radio/Los Angeles and covered by the Village Voice, Tom Harrison-Vancouver Province, Vincent Tingueley-Montreal Mirror. They just returned from the first leg of their international tour and dates in Ottawa, Kingston, Chicago, New York, Montreal and Toronto. Aural Heather will make local appearances at they prepare to tour in Europe in April.

Here's what you say about
Aural Heather - Princess Nut.