Try Redemption - Prey for Us Sinners 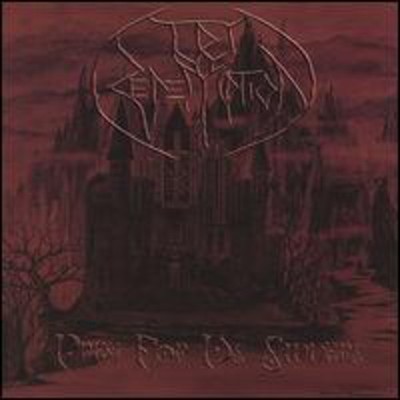 Rarely is the musical world graced with a talent like Try Redemption. In a time of overproduced, prepackaged, radio friendly 'art,' Try Redemption is breaking all the rules. Hailing out of Colorado, these heavy-metal rockers are truly carving a name for themselves, earning the respect of fans and critics alike. The secret behind the sheer power emanating from Try Redemption's music lies in the chemistry created by it's unique line up formed in 2000. With the spectacular barrage of drums laid down by James Peterson, combined with the melodic jazz influenced rhythms of bass player Chris Walter, Try Redemption produces a uniquely heavy, yet musically intelligent sound. Further, coupled with the twin assault of harmonizing melodies and rich riff oriented lines of guitarists Jon Daigle and John Peterson, interwoven with the spine chilling vocals of Chris Walker, Try Redemption creates a heavy sound that is sure to please. Notorious for their energy packed live performances, Try Redemption has been winning over fans everywhere. '[Try Redemption is] the first unsigned band to blow me away in 10 years,' proclaimed industry veteran Tammy Taylor at the 2004 Milwaukee Metal fest. Yet, despite their crowd pleasing synchronous head banging, fist pumping, in your face live style, the musical and lyrical depth of Try Redemption's music stems much deeper. 'I believe there is more to metal music than 7-string guitars and twelve-piece drums kits,' explains guitarist Jon Daigle. 'There is a deeper meaning, more political, more spiritual, more important. I truly feel our music portrays that.' Evident in their 2005, self-released LP, Prey for Us Sinners is the raw energy, musical passion, and unparalleled songwriting of this powerhouse metal band. With the intent to bring the most engaging music to the metal world, Try Redemption entered Denver based Uneven Studios, and with the skillful engineering of Bryan Feuchtinger, came out with their 2nd LP that is reflective of their brutally unapologetic signature sound. From the harmonic riffing and affluent melody-laden bridge on 'Contemplating Death' to the undeniable hook of 'Sarcoma Loam,' Try Redemption proves they can hang with the best of them. In the words of Mr. Feuchtinger, 'Prey for Us Sinners has more sound than can come out of two speakers.' After exhaustive world-wide self promotion, which has lead to printed praise, radio airplay, and a loyal fan base from all over the United States as well as several countries in Europe, Try Redemption seeks only to continue and bring their live show to the rest of the world. It seems it's just a matter of time before the crushing sound and awe inspiring live performance of Try Redemption is brought to music fans everywhere.

Here's what you say about
Try Redemption - Prey for Us Sinners.