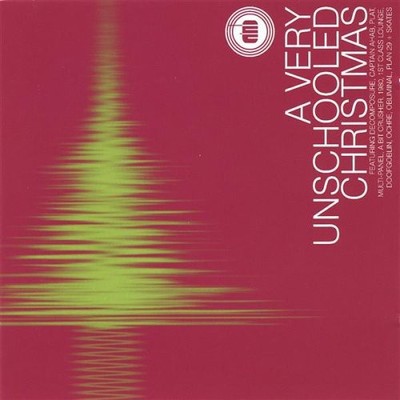 SNMNMNM Review from Keyboard Magazine It's not often you see a band with a lead accordion player, even more rare with a tuba player instead of the traditional bass guitar. SNMNMNM breaks the mold with fun pop showing traces of Brian Wilson and Ben Folds without being derivative. It's amazing how heavy the tuba sounds on the bottom end; coupled with three-part harmonies and electric guitar, SNMNMNM's sound is full and rich. Seamus Kenney's accordion melodies are well constructed, and the arrangements overall are not your casual three-chord fodder. The group comes off as high school band geeks who rock, but for once, the revenge or the nerds is a musical revelation. THE INDEPENDENT Sound Bites 'Power Pack Horse Crunch' SNMNMNM (International Cork Records) B Y L A U R E N H O O K E R Comparisons to They Might Be Giants are imminent, but, personally, that's one I just haven't heard for long enough. What happened to the days of the Giants and the Dead Milkmen paying homage to the bizarro, bleach-drinking tendencies of their mothers--those of invention, that is? From the geekiest element rock has ever let on stage (an accordion) to the keyboard super-clean synth known only to New Age, video games, and Japan for Sale compilations, SnMnMnM ('S and M and M and M,' not, 'Snuhminuhminuhm') can make you laugh, bob your head and grimace at one take. As entertaining and amusing as are their musical stylings, their writing is equally on par, without a doubt. Lyrically, they are more mainstream than TMBG, but just as funny and irreverent ('If I could find another girl better than you/then I could walk on top of water/and rock out to some Slaughter...'). I think they get bonus points for name-dropping one of the most embarrassingly untalented 'rock ensembles' of the last 15 years. It's official--geek rock is still cool. At least to those of us who are still a bit geeky ourselves.

Here's what you say about
Snmnmnm - Power Pack Horse Crunch.