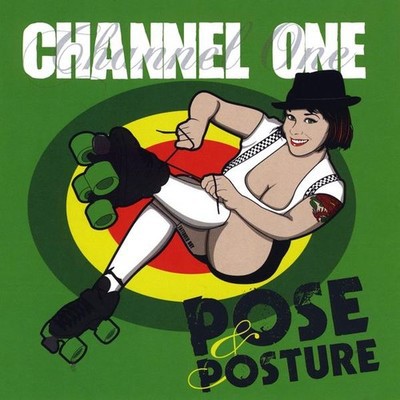 Risen from the ashes of 90's Texas Ska band The Resistors, and seminal 90's Ska band, Spies Like Us - Channel One formed in 2007 and hails from San Antonio, Texas. "Pose & Posture" is their first release and is being distributed by Megalith Records, home to the legendary NYC band, The Toasters. After being let go from RCA Records, Gerald Hooper (vocals, guitar) returned home to Texas and wrote the batch of songs that are showcased on "Pose & Posture." Gerald quickly rejoined forces with Laith Fisk (harmonies, Trumpet) and Jeremy "Germ" Garza (Saxophone) who have been his longest musical partners since their teens in The Resistors. Al Amaya (drums) played in ska and rockabilly bands locally. Laith brought in singularly titled "Duff" on bass and the last addition, Jason Trevino (lead guitar), was a founding member of Spies Like Us. "Pose & Posture" was originally set for release as 2 different five-song E.P.s. The album was recorded in two different sessions, about 3 months apart. Channel One recorded the album at Keith Harter Studios in San Antonio and it was engineered, mixed and co-produced by music-wizard Jerry Fuentes. Turtletone and West West Side Music in New York mastered the album. As for the sound? Gerald might say it best here "Channel One is from Texas. And Texas is chock full of great singer-songwriters. We don't sing about the subway, we don't sing about sunset boulevard - we just write about real shit that happens here. It's hard to escape the misery-laced lyrics of Texas rock, so why try? It's served us well and we hope people dig it." Channel One plays regionally and can be regularly seen in Dallas, Austin, Houston, Corpus Christi, and San Antonio, Texas. They have performed with The Toasters, The Slackers, The Aggrolites, Deal's Gone Bad, Ryan Scroggins, The Stingers, and The Suspects.

Here's what you say about
Channel One - Pose & Posture.