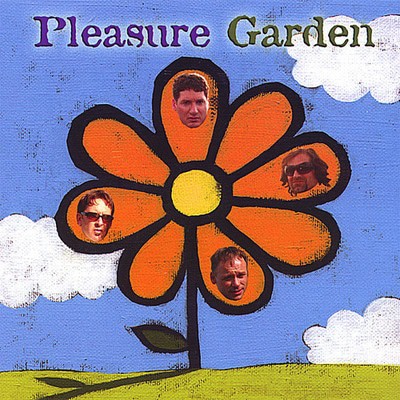 Even the brightest, most colorful flowers lose their petals; we seek pleasure but know sadness and pain lurks at each turn. This is cultivated in the rich artistic soil of the self-titled debut album by Pleasure Garden. The Seattle foursome and producer Tom Pfaeffle (Gatsby's American Dream, Edisyn, Kay Kay and his Weathered Underground), have put together a collection of 12 tales of people and passion, love and loss. "The music is edgy and crunchy, the songs complete and thorough," says Pfaeffle. 'These are solid straight-ahead rock songs that will resonate with pop, alt and rock audiences. It has great energy." The stories come from the experiences and lives of frontman Luther X, with complimentary tales from guitarist John Moodie. Bassist Tom Donohue and drummer David Helber provide the backbone around which X and Moodie's musical nervous system revolves. The foursome formed in 2004 playing shows in and around Seattle as Sausage Farmers for two years before beginning work on the album in 2006. As the songs evolved during the recording process, the group realized that there was a level of seriousness and musical maturity that surpassed the humor of their previous name. Pleasure Garden, already a song recorded for the album, became the band's name as well. "The name is ironic," notes Luther X. "The stories are about striving for pleasure but having your dreams shattered in the end." Each song begins and ends as such. "Something to Tell You" explores the helplessness of a failing relationship with the inability to deliver the news that it's over. "Time Zone" reflects on the initial blissfulness of a relationship followed by the melancholy about never being able to get to that early space again. "Pleasure Garden" the song chronicles love that is cut down after it blossoms. "'Seasons of Change' was the first song I ever wrote," explains Luther X. "I wrote the music in high school and the lyrics in my early 20s when a girl I had a huge crush on suddenly got married. It made me realize life was for keeps and I spent a lot of time then reminiscing about compelling images of change while growing up. I think we all have those milestones in our lives, those wake-up calls for better or worse." "The album has a playful side as well," adds X. "Much of it relates to dating - the roots and seeds of one's garden of happiness. "In the Mix" is a plea to be at least included in a girl's stable of guys she dates and rates. "Fix Me Up" is a song that rebels against your partner's attempts to change you to fit a vision of what she wants you to be." "In a way "Windows" does some of that same exploration," Moodie acknowledges. "You worry so much about what others think of you, about trying to please everyone. Sometimes you just want a view that says it's gonna be OK." Pleasure Garden brought in a little help to strengthen the sound and look of the album. Trina Mills adds soulful backing vocals and sharp dialog, and guitar virtuoso Tim Bertsch brings punch and power to a number of the stories. The album's warm and colorful art are the work of illustrator and author Leslie Patricelli and Bootsy Holler added to her prolific portfolio with photography of the band. Finally, the album was mastered by George Marino of Sterling Sound in New York. "We wanted to produce an album that captured emotion," summarizes Luther X. "Overall there aren't gushing analogies or complex symbolism - it's raw and simple. Hopefully easy to relate to, listen to, and enjoy."