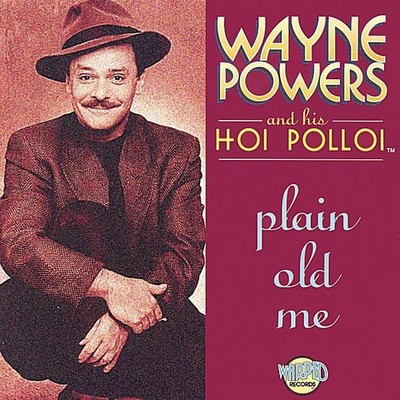 From jazz vocalist/bandleader to actor/comedian/magician and radio talk show host, it's easy to see why Wayne Powers is often referred to as a "renaissance man". Powers' television career spans several decades and includes his recurring role as the Cop on Laverne & Shirley, MacKenzie Phillips' boyfriend on One Day At A Time, Murder She Wrote, several episodes of Simon And Simon, Full House, Alf, Doogie Howser, along with many others, including starring for two seasons in his own popular NBC sitcom, 13 East. Wayne's is one of those instantly recognized voices. He has done countless voiceover commercials for major national sponsors... from Avis to McDonald's to being the voice of Budman for Budweiser on TV and radio. For many years, Powers has been the voice of one of those two delinquent birds in the popular Windex TV commercials. He has also been active in animation voiceovers, including Teenage Mutant Turtles, Dennis The Menace, and Tales of Tillie's Dragon. Powers was also the voice chosen to recreate the character of Boss Hogg in the computer and playstation games of Dukes of Hazzard, and other animation projects with Tim Conway and Don Knotts. Powers' theatrical background includes serving as President of the renowned Group Repertory Theatre in Los Angeles, and playing the lead role in Inside Eddie Binstock, which he co-directed with actor/playwright Tim Robbins and performed for a delighted Lord Laurence Olivier. Powers was a member of the legendary Off The Wall comedy troupe, where he improvised regularly with Robin Williams. Music has always been a part of Powers' showbusiness career. At 16, he started out as a singing waiter in New York, was a pioneer disco deejay in the 1970's, and even worked with Henry Mancini as Professional Manager of his music publishing companies. Throughout his career, Powers has been a highly acclaimed nightclub performer in both comedy and music, periodically returning to his first love: live performance for a live audience. During the 1990's he took the West Coast by storm with his jazz band, Wayne Powers and his Hoi Polloi, as recorded on their album, "Plain Old Me." The crowds were large and enthusiastic. The critics agreed. "Get yourself to a Wayne Powers show. The guy is really terrific!" (L.A. Jazz Scene) "Plain Old Me" was recorded live in the studio, Wayne and the band performing together just the way they had in top Hollywood venues like the famous Vine St. Bar & Grill, the Hollywood Roosevelt's legendary Cinegrill, and at several major jazz festivals. Personnel: WAYNE POWERS, (Leader, Vocals). PAT ZICARI, (Tenor/Soprano Sax). MICHELE FABER, (Piano). ERNIE McDANIEL, (Bass). BOB SENESCU, (Trumpet). PATRICK TUZZOLINO, (Guitar). BILLY PAUL, (Drums). In 1994, the Northridge earthquake sadly hastened a premature end to this unique and exciting band, but if you were never lucky enough to catch this act live or if you've ever wondered what all the excitement and rave reviews were about, then here's your chance to share in the unmitigated musical joy of Wayne Powers and his Hoi Polloi. Enjoy!

Here's what you say about
Wayne Powers - Plain Old Me.