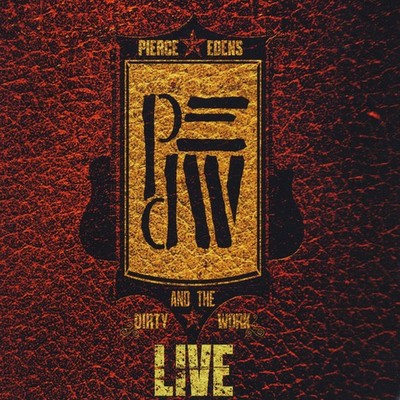 "Asheville's Pierce Edens heard old-timey mountain music until his teens; that's when he was steeped in punk and grunge. Both inform his music. His shadowy baritone has a dark, jazzy canter reminiscent of Tom Waits, while the percolating strings below it veer from bluegrass to closing-time cabaret. The punk manifests in the rebellious free-spirited nature of 'Montana'"-- Indy Week Singing. Performing, and recording for seven years, the songs of Pierce Edens resonate from a calling sparked within him to share a story. It's a story inspired by old-time tunes, a rock and roll fever, and the downright rural, gritty mountain life of his upbringing. It doesn't seem to matter whether he is singing a haunting, foothill-influenced ballad with a modern Americana twist, or writing a 21st century stomp-and-clap that calls back to the Appalachian churches, it all gets entangled in his unique storytelling. 'There are few who can touch Edens as a singer or as a songwriter," says Bold Life's Robin Tolleson. "He's blessed with a soulful, resonant growl that seems to mix Johnny Cash, Eddie Vedder and Citizen Cope." It's an eclectic mélange of sounds exemplifying the fact that this man can't be contained by any one genre; he's an American musical anomaly. Edens inherited the songwriting, storytelling musical talent growing up in Madison County, NC surrounded by the Appalachian Mountains, an area rich with history and stories shared through music, as those who hear him live can attest. Madison County was (and still is) rich with old time and folk music, bluegrass festivals and storytellers. Pierce was exposed to these influences early on since his family didn't have a stereo or TV in their home until Pierce was roughly fourteen years old. The main form of entertainment was going out and listening to the songs and stories of the mountain town, while meeting and coming to know personally the preservationists of these traditions. At an early age Edens started taking guitar lessons from a local old time player. Playing left handed and being as young as he was, none of it really stuck. When his family finally brought a stereo into the home one Christmas, Pierce brought home any and every kind of music he could get his hands on; from The Misfits to Patsy Cline. It wasn't until high school when he picked up the bass for a garage-based punk band that he started working things out by ear and writing music. What started out as a just-for-fun, play-as-loud-as-we-can punk band for Edens, turned into something a little more serious. Writing lyrics and singing was fun at first, but soon he began to care about the things he was saying. Returning to the bin of music he had collected, Edens started really listening to pop music, folk, blues and the old grainy recordings of original American musicians. That was when it all connected. And that was when his professional music career was born. Pierce recorded his first demo, Four Songs, in 2004. A year later he gathered a band he dubbed, "The Dirty Work." After a short six months in 2007, Pierce Edens and The Dirty Work cut the album Party Dress in the studio. In 2009 Pierce produced the album, Long Days Above Ground, which earned a "Regional Artist Project Grant" from the Asheville Area Arts Council. The most recent album, a self-titled album funded through KickStarter, was recorded by Pierce Edens and The Dirty Work in Edens' childhood family home in 2012 - which Pierce purchased and architecturally remodeled for the sole purpose of recording albums. His most recent project, which they recorded in two nights at The Lexington Ave Brewery in full Dolby digital surround sound in high definition on multiple cameras, is in collaboration with Sound Lab Studios. Distilled now into both CD and DVD formats, Pierce Edens and the Dirty Work, LIVE, highlights the band in their most raw, intense, and revelatory release to date.