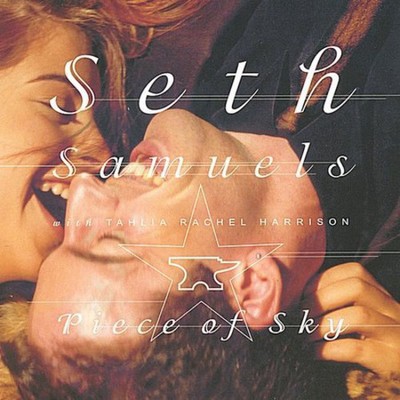 Michael Allen Harrison is a man of extraordinary talents. He is a producer, composer, arranger, concert pianist and owner of his own record label, MAH Records. Michael's unique brand of music ranges from movie scores to passionate arrangements for piano, orchestra, ballet, jazz, fusion, New Age, and adult contemporary. Since his highly acclaimed debut album in 1986, Michael Allen Harrison has gained notoriety with over 24 albums selling over 3/4 million copies worldwide with distribution throughout the US and Far East. Michael Allen Harrison's 'Emotional Connection' received a NASA Orbiting Certificate for airplay in space on the space shuttle ENDEAVOR. His 1994 album 'Circle of Influence' went up on the space shuttle DISCOVERY. On January 29, 1999, Michael and violinist Aaron Meyer were invited to perform in NYC at the United Nations premiering 'Remembrance,' a tribute song to the 50th Anniversary of Israel's Independence (which can be heard on their benefit CD 'Seasons of Peace,' recorded for the organization 'Season of Non-Violence'). Michael, Aaron and guitarist Bill Lamb were flown to perform at THE WORLD PEACE CONFERENCE at The Hague in the Netherlands on May 14, 1999. Michael has performed for President Clinton, Vice President Al Gore and Quincy Jones when they have visited Portland. As the opening act for the Celebrity Forum Interactive Speaker Series, he opened for Walter Cronkite, Jerry Spence, Margaret Thatcher, Jerry Lewis, Colin Powell, Jan Schlichtman and James Whitmore. Recently, Michael and Aaron composed and performed a new work entitled 'Ocean of Wisdom' for the Dalai Lama during his visit to Portland. Michael Allen Harrison is by far one of the most recognized, loved and sought-after musicians in the Northwest. Film Michael scored the motion pictures Claire of the Moon in 1992 and James Westby's Anoosh of the Airways in 1998, the short films Mortified Man, Both Sides Now and a documentary for OPB, and Age of Infamy which aired fall of 2001. Additionally, he has produced scores for national infomercials that include Solo flex and Nordic Flex Gold, as well as a national commercial for United Way. Ballet and Theater Michael premiered a new ballet with the Vancouver Dance Theater in April 1999, of the children's classic story by Marjorie Williams, The Velveteen Rabbit. Michael also scored a children's musical version of The Velveteen Rabbit for the Oregon Children's Theater, which premiered for Christmas 2000. As the Music Director for the American Dance Theater in Portland in 1988, Michael wrote the score for Snowman: A Winter Ballet. This children's ballet was popular for years locally until the American Dance Theater dispersed in 1994. Michael has also acted as the company pianist for the Pacific Ballet Theater, Ballet Oregon and Oregon Ballet Theater. Michael plans on bringing the Snowman back for Christmas 2003 (a new project called Lenny and The Snowman). Michael also plans to release a CD soon with songs from his new musical, Prometheus. Symphony Michael premiered his 'Rose Garden Suite,' a four-movement suite for piano and orchestra, in 1996 and was brought back in 1997 and 1998. Michael also premiered 'Remembrance,' a tribute to the 50th Anniversary of Israel's Independence, which was also included on his release 'Seasons of Peace.' Last summer, Michael premiered his first concerto and considers this new work one of his best compositions - 'Concerto No. 1 in E Flat Major.'

Here's what you say about
Seth Samuels - Piece of Sky.