The Spud Puppies - Pick of the Litter 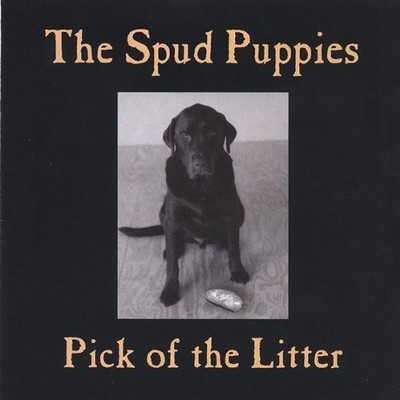 There's a new and exciting form of music taking hold on the American roots music scene, and it's music that the Indianapolis-based band The Spud Puppies play with precision. Call it 'newgrass'or 'jamgrass'. Call it 'dawg' music, a term coined by mandolinist David 'Dawg' Grisman. It's a unique blend of bluegrass, country blues, and rock 'n' roll with a twist of gypsy jazz for good measure, played on traditional string instruments. The result is a high-energy, refreshing approach to acoustic music. Since early 2001 this band of music veterans has entertained audiences with their vibrant live performances which feature solid three-part hamonies, virtuoso pickin', and a rhythm section that not only kicks, but just won't quit. The Spud Puppies move fluidly from smokin' original tunes to tasty covers in seamless sets punctuated by blistering solos and intricate improvisation, creating a musical experience that transcends, yet honors, both time and tradition. From Bill Monroe, Stephen Foster, and other traditional American and Celtic folk music, to the adventuresome music of Jerry Garcia and David Grisman, Bob Dylan, and The Beatles, The Spud Puppies interpret and execute fresh interpretations with a flair and style all their own. The band can even throw down a funk-grass groove to an Otis Redding classic without so much as batting an eye. The sound is unmistakable, the energy unbelievable. No matter what your musical taste, it's impossible not to be moved by The Spud Puppies' show. One taste will leave you yearning for more. The Spud Puppies are the recipients of the Critic's Choice Award for Best Folk/ Bluegrass Band in Indianapolis Monthly Magazine's 2003 Best of Indy Awards, and have just released their debut CD, 'Pick of the Litter'. They are also featured on the recent CD release,'Baptism of Fire' by lead singer Greg Ziesemer, on Indie 500 Records.

Here's what you say about
The Spud Puppies - Pick of the Litter.