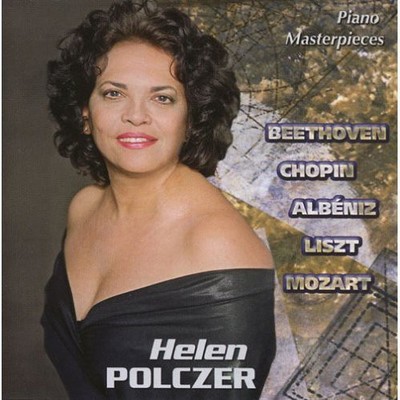 Beethoven's Sonata No. 26 in Eb Major is called Les Adieu (The Goodbye Sonata). It was written to describe Beethoven's farewell to his brother, who was leaving on a journey. It describes his beloved brother's departure, Beethoven's sadness during his brother's absence, and their joyful reunion upon the brother's return. Chopin;s Ballade No. 4 in F Minor is a masterpiece of strong emotions, combined with the tenderness of great poetry. His Scherzo No. 2 in Bb Minor is one of the favorite 'war horses' of pianists throughout the centuries. It's crashing chords and killer pianistic difficulties describe the great struggle between Poland and it's opressor. Isaac Aalbeniz's El Puerto is a vivid musical portrait of the Port of Santa Maria, pulsing with vibrant life and the colorful sounds of strumming guitars. Franz Liszt's Liebestraum No. 3 is one of the most beloved of all of his many popular compositions. It is the essence of romanticism and passionate love. The same can be said of his Sonetto del Petrarca 104. Mozart's Sonata in Bb Major, K333, is typical of Mozart's genius for creating heavenly melodies and spritely joyous themes, all tied together with unbelievable mastery. Miraculously, his original manuscripts are without corrections, straight from his heart to his pen. THE ARTIST Eroica artist Helen Polczer, is an Austrian-Canadian pianist who has studied with Kendall Taylor, the renowned pianist, teacher and Beethoven scholar, at the Royal College of Music in London. She was the recipient of a Foundation Scholarship and several awards, including a Mozart prize. Further studies in Europe followed, especially with Dieter Weber in Vienna. She has performed in several prestigious halls, including the Purcell Room and Wigmore Hall in London, and the Musikverein and Konzerthaus in Vienna.

Here's what you say about
Helen Polczer - Piano Masterpiece.