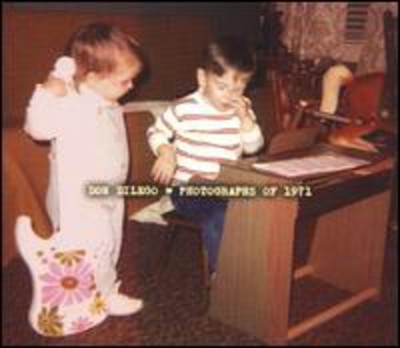 Lives in New York City across from Jack's Coffee. Probably drinks too much coffee. Talks to himself a lot, and has about 200 or so unfinished songs..."in progress" that is. Believes that 'Butch Cassidy & The Sundance Kid' pretty much sums things up quite nicely. Don is most likely to pick up his acoustic guitar to write a song, but should probably do this on piano more often. There are banjos, basses, harmonicas, tambourines, mandolins, accordians, and a wurlitzer strewn across his studio in various states of disrepair. A "Betsy Ross" edition piano sits handsomely in the corner, a full and melodious half-step out of tune. Knows that if he can't decide what to listen to, 'Sweetheart of the Rodeo', 'Being There' 'Harvest Moon', 'Pink Moon" or any album with "moon" in the title never feels wrong. Wishes he wrote "Red-Headed Stranger" by Willie Nelson. Also, maybe, wishes he WAS Willie Nelson. Spends an unhealthy amount of time in the studio. Some of the most talented people he knows are his friends...and they're all broke too. Weeps every single time he hears the pedal steel guitar. * * * Recorded in equal parts New York City and Portland, OR, Photographs of 1971' is Don's just released new album. It was self-produced along with Portland's legendary Gregg Williams (The Dandy Warhols). Drawing comparisons to the likes of Wilco, Beck, Ryan Adams, and even the Beach Boys, Don Dilego continues to develop as an artist who refuses to be categorized. The new album "Photographs of 1971" is a testament to that.

Here's what you say about
Don Dilego - Photographs of 1971.