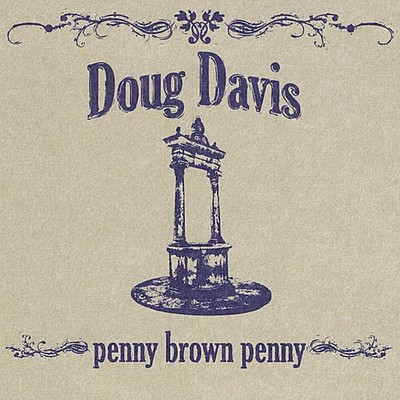 In 2006, Doug Davis got lost. By all rights, he should have had a pretty good idea of who he was, musically, by that point - he'd spent years honing his craft in the North Carolina indie-music scene before spending six years in New York City, where he played in power-pop bands, worked as a sideman for a number of up-and-coming artists, and learned how to record and produce records. But, having returned to North Carolina, Doug had begun to spend more and more time in the studio producing other artists, as well as continuing to work as a sideman for a variety of bands and artists, at the expense of making his own music. He was also spending a lot of time playing in working bands. So, by 2006, somewhere inbetween writing songs for other artists, engineering bluegrass and hip-hop records, recording Chris Daughtry's band before "American Idol" turned him into a superstar, and hitting the road to play Neil Diamond covers every weekend, Doug realized that he was wearing so many musical costumes that he'd forgotten how to make his own sound. And that's when he ran into Electric Devil artist, Shalini Chatterjee, at the local Winston-Salem listening room, the Garage, one spring night. She suggested, idly, that Doug record his own album. And Doug thought, "What in the world would that sound like, after all this time?" "Penny Brown Penny" is the result of that exploration. An eleven-song collection of roots-rock with folk and blues leanings, this self-produced and largely self-performed CD came from Doug's explicit intention of writing songs far more direct and soulful than anything he'd ever done. The title comes from W.B. Yeats' poem, "Brown Penny," and many of the lyrical themes revolve around lost or compromised love. From the doleful harmonies of the minor-key lament, "All Too Good," to the Faces-inspired blooze-rock of "Missed My Connection" and "Long Time Coming," Doug was determined to write a body of songs in which he could find his own voice, both as a writer and as a performer. "Penny Brown Penny" is what he found.

Here's what you say about
Doug Davis - Penny Brown Penny.