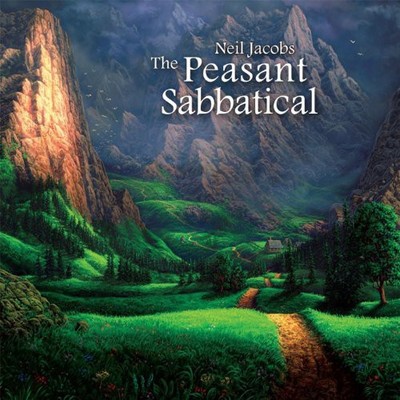 For more than 25 years Jacobs has circumnavigated the globe performing his exotic hybrid of gypsy jazz, flamenco, and Eastern European Folk on solo 12-string guitar' - Guitar Player Magazine. A masterful performer on the 12 string acoustic guitar with his own ingenious style that the St. Louis Riverfront Times describes as 'mesmerizing' and the Austin Chronicle describes as 'the rockin'est since early Leo Kottke'. Neil covers the world vibe with influences of Gypsy, World, Balkan Folk, Classical and Modern Fingerstyle, while transforming his 12-string acoustic guitar into his own personal orchestra. Neil draws inspiration from his mind-boggling world travels and experiences, and shares his fascinating stories with his audience. Neil's performance history is startlingly unconventional. It began in Moscow in 1985, as guest of state at the Moscow Film Festival. He continued the next year performing on 'Cowboy Television Specials' for hundreds of millions in Eastern Europe, and he never looked back. When the Berlin Wall came down, Neil wasted no time and returned to Eastern Europe, studying and performing in Poland, Czech Republic, and the Balkans. His fascination with the Gypsy music of Eastern Europe and the Balkans led to the creation of 'American Gypsy', in which he draws from his first hand knowledge of Eastern European Gypsy, Balkan and World Folk music to create his riveting compositions. The 'American Gypsy' CD was nominated 'Album of the Year' in the 2001 'American Independent Music Awards'. Neil studied with the Gypsies of Spain as part of a special cultural exchange grant in 1995, the same year he was voted 'Outstanding Folk Instrumentalist' at the Columbus Music Awards. He then resided in Seville, Spain for over a year before returning. He then joined the acclaimed Balkan group, Zivili, on an amazing refugee camp tour of the war-torn Balkans, including performances in Slovenia, Hungary, Croatia, Bosnia, and Sarajevo. As a result of this experience, Neil produced his more pensive second CD, 'World Blue'. Later that year he returned to Bulgaria to teach as part of UNESCO's Balkan Youth Reclamation Program, and then was invited to Budapest to study and perform. In 2003 accepted a temporary teaching position as Associate Professor of Gypsy/Balkan music and history at Alfred University in New York. His next CD releases included "Secret Places" and '12 String Guitar'. Aptly named, "12-String Guitar" is an homage to the classic folk instrument, and features a striking array of solo styles and concert favorites. '12-String Guitar' was recently nominated 'Best Solo Guitar CD at the JPF Music Awards in Nashville. Neil now revisits some of the music from past experiences in his latest CD, "The Peasant Sabbatical".

Here's what you say about
Neil Jacobs - Peasant Sabbatical.