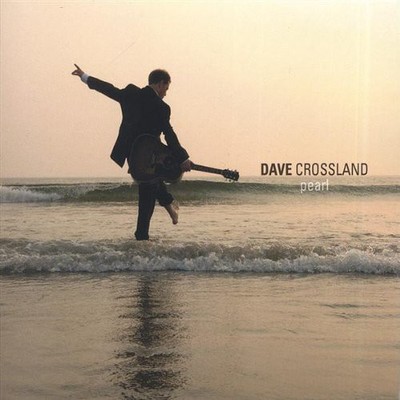 'Dave Crossland is the best singer-songwriter I've heard in years,' says legendary songwriter John Stewart. A dynamic vocalist with solid command over his 1949 Gibson J-45, Dave Crossland is one of the best songwriters under the radar today. 'His songs test the American dream against the American reality with a naturalistic sweep, a panoramic Americanism, that set them apart,' says the Boston Globe. Performing Songwriter casts him with Jimmy LaFave, Kevin Welch and John Stewart as 'a classic chronicler of the American experience, pulling back layers of the proverbial American dream to expose the real faces marked by sin and salvation.' Stripped down and freshly acoustic, his style is striking in it's maturity, grace and substance. Crossland is a seasoned performer who sounds like no one else on the circuit. He has played some of the most revered venues across America, and has appeared with internationally renowned artists including Dar Williams, Richie Havens, Greg Brown, John Stewart, Catie Curtis, Nanci Griffith and others. His previous effort, Fields of Promise, was released on Appleseed Records to critical acclaim from DJ's all over the country. Dave's brilliant new CD, Pearl, is about to hit the North American airwaves. Producing this effort is Jim Infantino, the mastermind of Jim's Big Ego who has known Dave and his music since they were each cutting their teeth on the Boston music scene. Contributing further to the alchemy is Boston's finest audio engineer, Ducky Carlisle, responsible for Grammy-nominee Susan Tedeschi's breakthrough album, Just Won't Burn. Guest appearances include Jimmy Ryan on mandolin, Steve Sadler on lap steel, Mark Hickox on bass, Mike Piehl on drums, and Antje Duvekot singing harmony vocals.

Here's what you say about
Dave Crossland - Pearl.