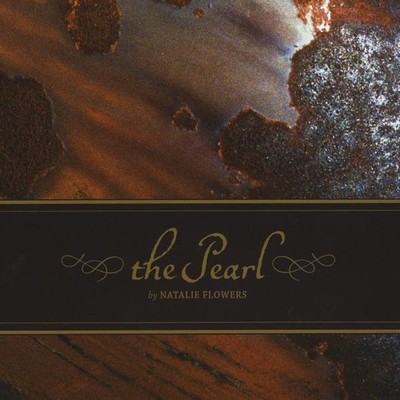 This CD is a 13 SONG compilation, including four songs by songwriter James Michael Taylor that particularly attached themselves to Natalie Flowers until she recorded them herself, sitting in the studio with Taylor himself, sometimes having to learn how to play the songs right then and there. He sings on them, too. He made her play her own lead guitar on 'Watermelon Wind.' It turned out fine, slow like she heard it, with a hint of nostalgia and melancholy. Mark Niblack spent his college years travelling the country with a backpack and a pen, and he wrote the words to 'Dragonfly' while on that journey, falling in love with the canyon country, where dragonflies are a rare and colorful delight. Natalie wrote the music for 'Dragonfly', and a little jazz song was born. Natalie wrote all of the other songs, reflections of particular moments when a feeling or an experience made her stop in her tracks and write a response. 'Close to the Water' is a song about a woman who doesn't believe in the power of her own prayer; an angry look at how women are taught that God is a man, so where does that put you for all of those years in church, when you have the power to reproduce, and nurture, and be emotional, and give so much of yourself? It is a call to all of those who have been abused by others and made to feel smaller than they are, when each of us has a power so great just by giving thanks; gender aside, we are all close to the living water of creation. But if you have a uterus, you are closer! 'If God Had a Friend' is a song about connection, and how when we start approaching the middle of our lives, we start thinking more about the end, and the beginning, similar to the questions that children often ask about God: 'If God is with us everywhere, is she/he in the car?' Was God alone in the universe before all of this came into being or was God sitting up there on a cloud drinking tea with a friend who had a great idea? Was it fun being alone or was it just one-ness? It is a really sweet song about wanting to be in three places at once with the people you love, but you have to stay put and be with them in your mind and heart instead. Songbird is autobiographical; it is Natalie in a nutshell. 'The Pearl' refers to all of the tears that you cry about something until finally you reach a place of stillness, where perhaps you started from so long ago but you forgot, and how hard it is to say anything, because the truth hurts most people when you say it. The awesome fact is that we are all accompanied by beings, seen and unseen, who wait patiently along the shore for us to emerge in our lovely luminosity; that is what this song celebrates. 'Useless Prayer' will appeal to people who have spent parts of their lives praying that they were somewhere else other than here, and finding the wry and sweet twist in the end, but you will have to hear the song to get the twist. 'Vision Bird' was released as a single four years ago in hopes that one day it would be released on a full CD, which is now, and it is about a moment by the road when you realize that life has passed you by much faster while driving in the car, and how the slow view is how you get connected to nature, plants and hawks and falcons, journeying, all in the blink of an eye. Kevin Butler plays drums on 'Vision Bird' and Will Jones plays Bass with Natalie on guitar and vocals. 'What Happened That Year' is a piano song that the artist herself attempted to record for 11 years, and after all of that time, she and her engineer just turned on the computer and recorded it, the bones, destined in the future to be a jazz song with a three piece combo, so if you are the combo and you are out there, here is your challenge: make it happen! The CD begins with a song about bugs that fly around a lightbulb at night, with a man sitting at a table in the kitchen, and they are sitting very still, the bugs, still enough that he can actually draw portraits of them. 'Children of the Night' speaks to all of us, as there few people, even in the urban wilderness, who haven't seen insects appear as soon as the sun goes down and the lightbulb is turned on outside, on the porch, where moths flutter by the front door and sometimes accompany you inside...where cats chase them before they eat your sweaters. The CD ends with a fast and raw acoustic version of 'Dragonfly', a nice way to leave a CD before you listen to it again. Natalie Flowers won Regional Songwriter Finalist at the Kerrville Folk Festival in 2005. That's where she met James Michael Taylor, whose magnificent and powerful library of songs blew her mind and forever changed her perspective about why we all write songs in the first place. Some of us are gifted that way, and our jobs just mark time until we can play and sing and write and record again.

Here's what you say about
Natalie Flowers - Pearl.