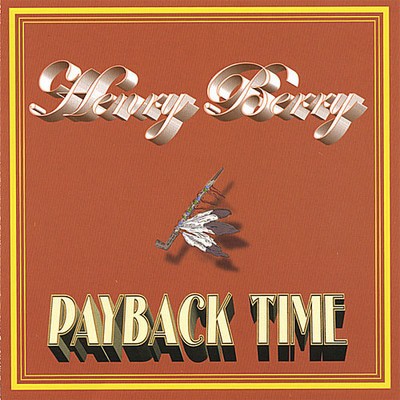 Henry Berry Bio Tell A Friend ----- Henry Berry Henry Berry is a unique and talented duo consisting of two of the original members of The Henry Berry Band, the infamous 'outlaw' band that terrorized rock n' rollers in Robeson and surrounding counties (NC) in the 70's and 80's. These two guys are: Larry Dean Chavis-drums, percussions, juice harp, spoons, and some keyboards, lead and back vocals. Larry's resume is quite impressive. He is currently the drummer for 5 time Grammy Award winner BJ Thomas, and also BJ's primary back-up vocalist. He has been with BJ since 1981, and continues to perform to the highest standard. Playing with other artist from time to time, and in almost any venue imaginable, Larry has earned the reputation on the circuit as a solid and reliable drummer, singer, and performer, and it is well deserved, as is evidenced on this CD. Larry is a true professional, both on stage and off. Larry was born and raised in Pembroke, NC, and still makes his home there. Robbie Lee VanHoy-guitars, bass guitars, some keyboards, lead and back vocals. A multi-talented musician and songwriter, perhaps Robbie Lee's best talent is his ability to connect with people thru music. He has the unique ability to make the listener 'feel' the emotion, to 'take you there', so to speak. His determination not to 'fit in' means that Henry Berry's music will always be unique and fresh, a welcome change from mainstream productions. Robbie Lee calls Wakulla, NC home, just a stone's throw from Pembroke. Having played in countless bands and with many artists thru the years, Robbie brings a wealth of savvy and experience to the mix. The first release, 'HENRY BERRY-PAYBACK TIME', is dedicated to all the fans of the original Henry Berry Band, those brave souls who followed the band anywhere 'back in the day'. The band last performed in 1990, but band members still get questioned today on a regular basis about a reunion show, or posters, or early recordings, or just to relive old memories. And, as is stated on the CD, the release is also dedicated to the 'Free Spirit of the Henry Berry Band', that 'fly like an eagle, live every day like it was your last, and do the right thing because it's the right thing to do' credo for life that the original band members try to live by today. The Rest of the Players John Hodges-keyboards, vocals. John Hodges is probably best know as one of the members of The Goldrush Band, a beach and show band from Lumberton, NC, and is the writer of and lead vocalist on Just The Way It Is. John plays the keys on several Henry Berry tunes. He is also a Playwrite and producer. His bestknown play, 'Remember The 60's', a tribute to an old friend who was killed in Vietnam, runs yearly at the Performing Arts Center on the campus of UNC/Pembroke. Tom Wilde-electric rhythm and lead guitars on the title cut 'Payback Time'. A well known and respected studio player from Nashville, Tom also is the road guitarist for BJ Thomas. Look for Tom's documentary about session players coming soon on PBS! Daniela Aguilera-Spanish vocals on Just One Night. From the country of Bolivia, Daniela brought solid vocals and charm to the session, and is very easy on the eyes. Tim Gordon-horns on Just The Way It Is. From Mint Hill, NC, this cat can really blow! Tim layered all the horn tracks, along with the clarinet. Tim is well known in certain circles, having worked with the Four Tops and The Temptations, and (dearest to our hearts), The Pat Carpenter Band! Leon Horne-a time-aged balladier, Leon wrote I Like Fishin', and plays the bass lines on Little Help. David Dombkowski-from Raeford, NC, 'Debo' plays electric piano on Little Help. Roger Taylor-also a member of The Goldrush Band, Roger plays keys on Just The Way It Is.

Here's what you say about
Henry Berry - Payback Time.