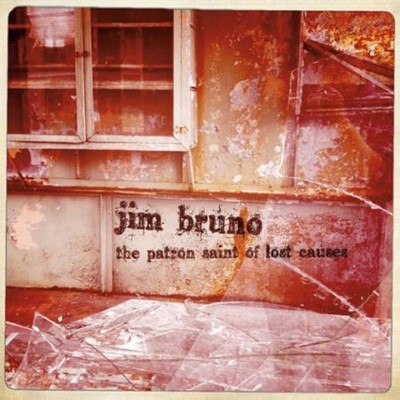 Jim Bruno is a San Francisco Bay Area based published performing songwriter and currently teaches Songwriting at Foothill College in Los Altos, California and at the Freight and Salvage in Berkeley. Songs he's written have been recorded and released by Shawn Colvin, Mary Lou Lord, Cliff Eberhardt, Maurice Tani and Laurie MacAlister. Songs he's co-written have been recorded and released by Chuck Prophet and Thad Cockrell As a performing songwriter he has performed with or opened shows for the following artists: Shawn Colvin, Timothy B Schmidt, Graham Parker, John Gorka, Charlie Musselwhite, Joe Ely, Greg Brown, Mary Lou Lord, Steve Forbert, Bill Morrissey, Big Twist, and Cliff Eberhardt. He's performed at the Greenwich Village Folk Festival, the Udine Folk Festival in Udine, Italy and has toured five times in Europe. He also played bass, guitar and sang in the Shawn Colvin Band for a number of years and often performed with Shawn as a duet. Reviews for his previous album 'Alright Alright' include the following: JOHN TENTING OF WORLD VIEW NEWS SAYS... Jim Bruno is a seasoned singer/songwriter out of the San Francisco Bay Area. He's had material recorded by such artists as Shawn Colvin (No Friend To Me, I'm Talking To You) Mary Lou Lord,(On The Avenue, I'm Talking To You), Cliff Eberhardt, (On The Avenue), and Laurie MacAllister, (Me and My Michael, This Falling In Love). If that isn't enough, he's also had songs he's co-written recorded by Chuck Prophet, (West Memphis Moon), and Thad Cockrell, (Take In The View). On Bruno's new release, 'Alright, Alright' the song-writing is intelligent and inviting. The first track on his Sonicbids EPK, 'We Were Blind' is a perfect example of his conversational and descriptive style of songwriting. Along with the lyrics, this melody is a Sunday afternoon shuffle. Jim has a matter of fact delivery in his vocals that's a perfect fit for his Americana style. Jim Bruno's material stands right up there with John Prine and Bonnie Raitt. The totally inventive 'Ray Took A Slug In The Leg' is another storytelling adventure. I hear a bit of Dr. John influence in the vocals. This song sounds like a stroll through another time with a woodwind accent. Once again the clever lyrics are a treat. There is a Lennonesque quality to his vocal on this selection. There's not a boring moment in the song. The arrangements are filled with a folk guitar sixties influence. A little bit folk, a little bit Americana, and a whole lot of talent. There's a reason that artists cover his material...it's damn good. ROBERTA SCWARTZ OF ACOUSTICMUSIC.COM SAYS... California-based singer/songwriter Jim Bruno has written classic songs for the likes of Shawn Colvin, and has been heard on recordings from Cliff Eberhardt, Laurie MacAllister and Mary Lou Lord. I first heard his music on Laurie MacAllister's newest recording, The Things I Choose to Do, which is an album full of covers. I knew all but two of the classic tunes on the CD?the two that were written by Jim Bruno. Something sounded vaguely familiar about the utterly gorgeous cut Me and My Michael. And that's when I got in touch with Laurie and found my way to Jim. He sent me his first commercial recording, with tunes written some twenty-five years later than the ones I had heard. The new CD is called Alright Alright. From the outside in, beginning with the cover art, there is a feeling of nostalgia?for relationships lost and won, for friends who remain and those now gone, for home and family. The songs cover the entire gamut of moods and melodies: from upbeat tempos, to contemplative ballads, to just plain pop fun. Bruno himself states 'if John Lennon and Steve Earl had a baby and that baby grew up in Chicago and married Lucinda Williams who then married Elvis Costello, that baby would sound like Jim Bruno.' As strange as this may sound, it's a fairly accurate description of Jim Bruno's voice and music, as there are elements of all of these great artists in his songs. I especially like the upbeat, radio-friendly tunes that you can blast in your car when there are long stretches of blacktop ahead. Matter of Time, the opening cut, with it's driving, percussive beat, urges you to follow your heart, wherever it takes you. 'We Were Blind' takes an inventory of all the wrong choices the singer has made in life?all set to a lively, up-tempo melody. Steady Rhythm of Time features the deep steel guitar tones of Max Butler and makes you want to get behind the wheel and drive off to life's next great adventure. Jim Bruno's take on life?it's ups and downs and all of the complications in between?is compelling. No matter how many mistakes you've made in life, no matter where the choices you've made have taken you, there is always the open road and a new beginning ahead. Alright Alright has some dark moments, but there's always the light in the distance. Bruno's enthusiasm for life, love and what may lie around the bend is infectious. May he continue to write songs long into a brilliant future.

Here's what you say about
Jim Bruno - Patron Saint of Lost Causes.