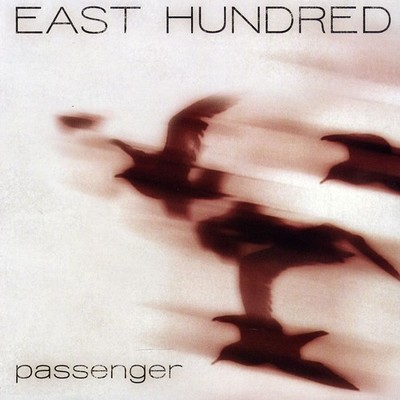 In January of 2009, after two years of touring, East Hundred releases Passenger, their first full-length effort. The nine lushly produced tracks move through a haunting melodic landscape of loss, regret, and ultimately hope. If the young Philadelphia five-piece seems to wear it's heart on it's sleeve, it does so honestly. "We're not the first band to write a breakup album, and we're not the first band to have formed, in part, around a romantic relationship," says Brooke Blair. "And maybe we're not the first to write that breakup album as the relationship falls apart...but that still doesn't mean it's easy." East Hundred began as a basement recording project in 2004 when brothers Brooke and Will Blair (guitars and drums, respectively) invited Beril Guceri, Brooke's then-girlfriend, to add vocals to their heavily-synthed downtempo tracks. "Of course there were hesitations, in working seriously and creatively with my boyfriend and his brother. Singing leaves you so vulnerable, but it was Brooke's support that made it comfortable," Guceri points out. Comfortable may be a relative term: Beril suffered from panic attacks and nearly cancelled their first few shows due to overwhelming stage fright. After recording a few rough demos (which would later become the first EPs), the band sought to solidify it's lineup and it was no great surprise when David Sunderland joined on bass. A friend of the Blairs literally since diapers, Sunderland had played in several previous bands with the brothers. "Dave was our only choice." Susan Gager, another close friend from Philadelphia, joined on keyboards and East Hundred soon evolved into a songwriting democracy. Nonstop performing honed the groups' live act and Guceri overcame her crippling anxiety (perhaps too much so, if you catch her on one of her hammier nights.) As work began on Passenger in 2007 at Drexel University's Mad Dragon studios, Brooke and Beril's relationship ended. Rather than derail the recording process, however, the resultant heartache and awkwardness produced a flood of new material and what was intended to be a minor EP soon became a full-fledged album. Brian McTear (Mazarin, Matt Pond PA, mewithoutyou) came on to record the new songs at his Philly based Miner Street Studios. "We worked quickly with Brian partly because he didn't allow us to second guess ourselves. Our first instincts were always encouraged, and we think that's what these songs needed," Will says. The cool reserve of their earlier work became something much more raw and immediate on Passenger, alternately sorrowful, angry, and sweet, at once accessible and dense. The final track, Afterlove, describes a parting in terms of bottomless melancholy...only to then double back on itself to finish in a place of unbridled optimism. After Passenger has pulled our heart (and theirs) through the wringer, this closer assures us that everything will be okay. East Hundred comes out of old friendships and failed loves. Their music shores up their relationships...or the relationships feed their music...more likely, it's a bit of both. "As we began making music together, Brooke and I tried to visualize the future of the band, if our relationship failed," Guceri recalls. "And the band was doing just fine."

Here's what you say about
East Hundred - Passenger.