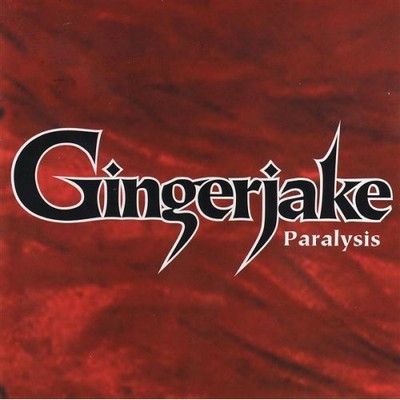 Hailing from Minneapolis and formed in November of 2002, Amanda Harris (Vocals), Ian Severson (Guitar, Vocals), Eric Rotter (Bass, Vocals) and Joe Rotter (Drums) have created a unique style of aggressive rock that's been described by numerous fans and critics alike as the "perfect blend of beauty and brutality." Prior to Gingerjake, Amanda was making a name for herself as a solo artist while Ian, Eric and Joe were members of the now defunct band Two Ton Crutch. When a mutual friend introduced them, the chemistry was instant. They've been writing and performing ever since. In only their 7th show, they placed 2nd in the Twin Cities hard rock station's 93X Battle of The Bands. They then went on to play the station's annual 93X-Fest in Somerset, Wisconsin, sharing the stage with such bands as Sum 41, Taproot, CKY, and many more. Since then, they've embarked on a non-stop assault of the Minneapolis/St. Paul and greater Midwest club scene. To this day they continue to stretch deeper into the Midwest playing shows in Iowa, Wisconsin, South Dakota, Nebraska, Illinois, Kentucky and beyond. In late 2003, Gingerjake journeyed to Orange County, CA where they hooked up with Producer/Engineer Cameron Webb, who has engineered albums for 311 and Godsmack and produced So Cal punk legends Social Distortion. They returned with a blistering six song E.P. entitled Paralysis. Released independently in March 2004, the band kicked it off by packing The Quest Club in Minneapolis with over 950 fans. The single 'Karats' quickly received airplay on 93X's prime time audience judged 'Cage Match' with Gingerjake being crowned "retired champions" as they beat out national acts for the entire week. Since it's release, the E.P. has rapidly scanned over 3,500 copies and receives regular radio airplay on several Midwest stations. In May 2004, Gingerjake returned to the 93X Battle Of The Bands and won, securing a coveted main stage slot at the 93X Riverfest concert along with Sevendust, Papa Roach, Cold and many more. In September 2004, the Paralysis EP was nominated as "Best Hard Rock Recording" by the prestigious Minnesota Music Academy. On October 10th 2004, the band returned to The Quest for the release of their highly anticipated live concert DVD, again packing the club with devout fans. On January 14th, 2005, Gingerjake's 'Karats' was added to XM Radio's 'Unsigned' show where it will continue to receive regular airplay. A highlight for Gingerjake in 2005 was playing Summer Fest in Milwaukee, WI. Gingerjake were direct support for the Cardboard Vampyres, Jerry Cantrell's (Alice In Chains) rock star line up cover band. Gingerjake played to a capacity crowd of over 5,000 fans and are invited back to play Summer Fest in July of 2006. Most recently, Gingerjake released "Get It Get Off/Live". The mostly live EP consists of a studio version of the single "Get It Get Off", a multi-media video for "Get It Get Off", as well as seven previously unreleased live tracks. It was released Friday, January 13th '06 and has been flying off the shelves. The band already plans for a second pressing. Currently, Gingerjake is backing off it's tour schedule to focus on writing new songs for a forthcoming full length album. No release date has been set yet, but the new material is shaping up to be the strongest Gingerjake music to date. Stay tuned and look for Gingerjake in a city near you. For more info, contact: Peter Cohen ST Management 310-600-1935 [email protected]

Here's what you say about
Gingerjake - Paralysis.