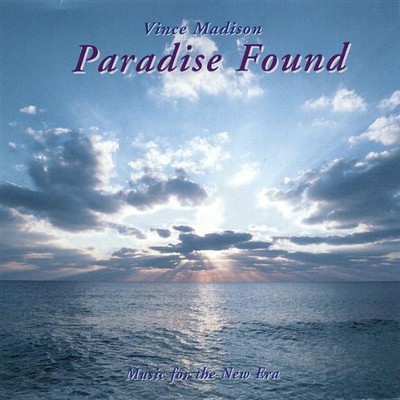 Vince Madison is a compelling composer, arranger and pianist with a the heart of an adventurer. In addition to his special gift for acoustic piano, Vince also plays many styles of guitar and a number of other instruments, and is an expert in electronic music. A Colorado native, Vince studied at the Lamont School of Music, University of Denver, graduating magna cum laude with a degree in music composition. Vince started out at a young age playing guitar professionally, then took up piano at age 20 in the interest of composing. Undaunted by his late start with the instrument, Vince went on to impressive accomplishments. He soon became the keyboardist for 'The Billy Miles Band', voted Denver's #1 jazz group, then went to New York and became a studio musician, gathering major label album credits with Elektra, Tommy Boy, and Polygram records. Vince is an artist with humanitarian conscience, and his musical style reflects this. In the 1990's, Vince created a special concert for schools entitled Life Matters, which is a series of songs designed to impart positive messages to young people. He performed this program in schools throughout the Mid-west. After this he returned to Denver and began to compose works for Solo Piano. In 1995 Vince released his first Solo Piano CD, Nine Daughters. The CD was well received by New Age radio programs, and established Mr. Madison as a published artist in his own right. In the words of a Denver radio personality, the music was 'Full of Innocence and Imagery, a Totally Fresh New Sound...'. Nine Daughters was re-released again in 1998 under the Firefly Records label and is currently enjoying a resurgence in popularity. In the wake of Nine Daughters, Vince began working on a new style of music that added a strong melodic appeal to the sound of modern orchestral new age music. Vince's special talent for writing compelling melodies combined with his expansive arrangements resulted in a style that was emotionally quite appealing. And, in 1996, Vince married and a new and innovative promotional direction began. At this point, Vince and his wife Marianna decided to release the music independently under their own label, and in 1998 Firefly Records was born. Under Firefly Records, Vince released the first of his MUSIC FOR THE NEW ERA series, with the CD Dreamland. This CD received enthusiastic reception and caused a dramatic jump in CD sales. By popular demand, Madison then released Vince Madison Christmas in November 1999 and tripled his Christmas season CD sales from the previous year. Vince became a Yamaha Artist and received backing from Yamaha in the form of providing grand pianos for his performances. An annual newsletter was generated to the thousands of people who signed up for Vince's mailing list. Repeat orders and fan letters via phone, mail and internet began to arrive. Each year since, Vince has released another fresh and well-received CD. This has placed Mr. Madison in a category of artists who deliver great music time after time. Each CD has received overwhelmingly positive response with fantastic listener reviews, and sales continue to grow. Often listeners cannot decide between his CD and buy one of everything. At the present time Vince Madison CD sales are approaching $500,000.00 with over 40,000 CD?s sold. These sales have almost exclusively been generated at live shows, without even the help of a distribution network as yet. And last year Vince took his tour all over the United States, gaining fans from California to Georgia and Chicago to Texas. Vince Madison's original music fills a void in modern instrumental music with songs that are well-structured, melodic and emotionally enchanting. Firefly Records uses innovative marketing to bypass the traditional record company scene and takes this unique music directly to the public. Vince can also be found via several internet websites and is receiving radio airplay. Television appearances and advertisements, world-wide distribution and of course, more CDs, are planned for the near future.

Here's what you say about
Vince Madison - Paradise Found.