The Newoldz - Paradigms in Paradise 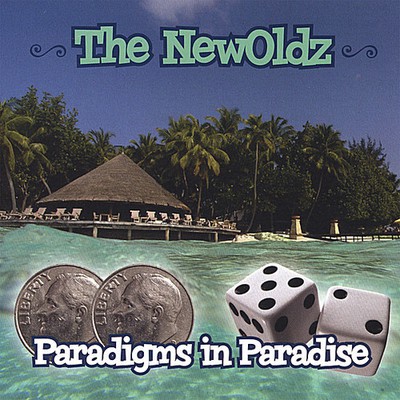 This CD was a year and half in the making, but for some of us, most of a lifetime developing. "We were three divorced guys with little better to do, so we cooked up this band to make some music for you...." was how "The Ballad of The NewOldz" began.....HB, Scot and Mike started a little band back in 2003; quickly started introducing original songs, and got to the point where we could do a 36 song, 3 hour show with over half of the songs being original, and the rest some eclectic obscure covers. Off we went! The style ranges (and sometimes rages) from rock, roadhouse, alt country, jazz, progressive, and a lot on the fringes, including a little zydeco for good measure. The band grew in late 2005, adding Warren Britt on keys (and sometimes guitar), and David Nugent on pedal steel, banjo, harp (and anything else he wants to play). Mike moved on in the fall of '06, and Dave Owen, a veteran of many local and national bands joined on bass. Guest guitarist Chris Dabney sat in for most of our shows on at least a few tunes, and pops up here on "Paradigms" as well. Also, frequent guest percussionist/fiddler Ann Whitney usually helps out at live shows on rub board, maracas, and fiddle.

Here's what you say about
The Newoldz - Paradigms in Paradise.