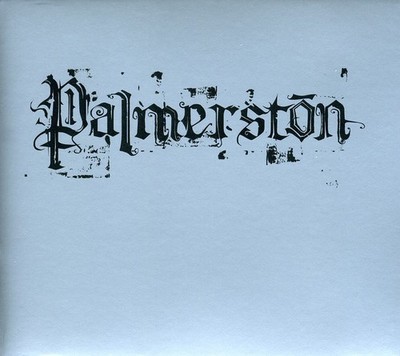 It took two continents, three countries, and 237 singers to make Palmerston. No, really. Hear the band, and you'll believe it. An unlikely collision of worlds fuels their kind of rock'n'roll: hot meets cool, mind meets guts, the northern sensibilities of two Portugese-Canadian brothers fuse with the Bay Area boho of one explosive singer. Let's take it from the top, when Gabriel and Fernando Ferreira started jamming in (where else) a garage in Toronto, Ontario. They rounded up a singer, released an EP, and rolled through the narrow roads and massive festival stages of Europe. There was a Top 10 single on Portugese radio, tens of thousands of European fans, and opening slots for bands like Weezer and System of a Down. For less driven rockers, this might have been enough. But the Ferreira brothers needed to kick it up a notch; they needed a change of scene. In 2003, they packed their bags for Los Angeles. Their singer stayed behind in Canada: Palmerston would be born anew in the city of angels. At first, there was culture clash: bright lights and big city, Canadian modesty confronted by a thousand guys who swear that next year, they'll be bigger than Tom Cruise. But the Hollywood dream suited the Ferreira brothers just fine. 'We thrive on competition,' Gabriel says. 'The spirit of success is very much alive in Los Angeles.' To capture that success you need a singer, so Gabriel and Fernando put out a call for auditions. Exactly 237 rock star wannabes showed up. None of them could sing; at least, not with the kind of heady combination of raw power and lyrical sensitivity that the Palmerston project needed. Not, that is, until they heard French. It was his voice that captured them first: huge, visceral, taut with passion. But French had other gifts to offer, like the perspectives of a self-described poet, artist, dreamer; a former juvenile delinquent who had grown up on the beach, testing the limits of perception (and, sometimes, the law) while feeding his ears on experimental rock soundscapes. Fused with the Ferreira brothers' instrumental talents, French's expansive creativity would give birth to Palmerston's deliciously unpredictable live show. Sometimes, in the middle of a set, the singer paints a painting, or improvises a poem. Whatever comes to mind in the heat of the moment, or from the energy of the crowd, he'll do it. This is why Palmerston's audiences never forget them, and why the band's debut album was so hotly anticipated by fans across the world. True, you can't see the live show on that eponymous new CD. But you can feel it. Produced in Vancouver by internationally renowned producer Dale Penner (Nickelback) and mixer Mike Fraser (Metallica, Aerosmith), the trio's full-length is an explosive exercise in huge guitars, hooky riffs and a relentless search for melodic freedom. For these elements, French calls it a new experiment in modern rock. It's radio-friendly but not derivative, visceral but not angry. It started in a garage in Toronto and was transformed forever by the heady, cerebral subcultures of southern California, resulting in something that hasn't quite been done before. Take a listen for yourself. You'll see.

Here's what you say about
Palmerston - Palmerston.