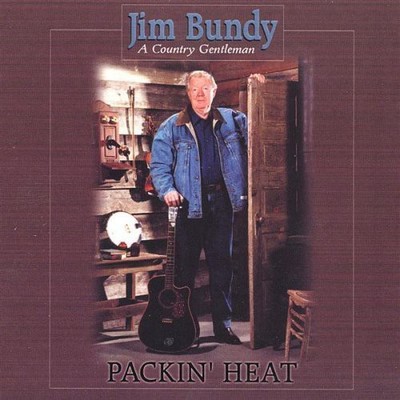 About me from the CD cover: It may seem a little unusual that I would be releasing my debut CD in this, the beginning of my seventieth year- - -though it has been in the making for more than three years. But age has never really been a consideration in regard to my aspirations. Perhaps a glimpse of history will explain. In Straughn High School near Andalusia, AL. I participated in our country band and made up one-third of our comedy trio. We were fortunate enough to win statewide accolades. (I was, also, a fairly decent baseball and basketball player- - -much to my chagrin the school didn't have football at the time!) Following graduation I entered the US Air Force just nineteen days before the Korean War erupted on June 25, 1950 and yes, I was in Korea a few times but luckily never close enough to get shot at, only close enough to hear the big guns. Later, as an Aircraft Control & Warning Techinician I served in Thailand during Vietnam. During the decade of the fifties I was either a part of or had my on band on each of my duty stations. In 1960 it was time to pursue one career or the other and by that time I was a family man so I opted for the Air Force, but I stayed close to music. I became a disc jockey when I could work it around my military schedule. I intended to pursue a musical career after the Air Force and after my children matured, however, I was medically retired (angina pectoris) in 1970 and for the next twenty years though physically I could do almost anything I wanted, my voice wasn/t strong enough to sing- - -so I stayed in broadcasting. I have broadcast everything from fashion shows to football games and did a six-year stint as a talk-show host in Colorado Springs and Pueblo, CO, managed a couple of stations and was president of an advertising firm. In 1992 after a second by-pass surgery, I found my voice again. However, I had a son who showed an interest in performing and I was perfectly content to help in his career but he decided to pursue other goals. At that point, in 1997, I began renewing my acquaintance with my music and with the help of a marvelous tutor/friend named LAMAR MORRIS, my CD became a reality. While it is true that I have enjoyed my life and it's diversity because of an insatiable curiosity, there is nothing in the world more gratifying than a well written lyric, a touching medlody and properly accentuated arrangement to reach inside of me and warm NY very core with a glow of satisfaction. Naturally, I write from experience. I have had some, but I write with an eye to philosophy, emotion and humor. So far life has been a blast! In recent years I have been blessed with a handful of true friends and excellent health. Naturally, I will continue to write and perform. I am 'where I want to be, doing what I want to do', (from my song)with the fervent hope that you will find my music to be a fun/rewarding experience. It seems to me that a comfortable life is the result of meeting one's obligations and pursuing one's dreams. I have and I am! Be well! About my songs: #1. This Old Body - I wanted the lyrics to reflect a solution to a serious problem- - -one that we could laugh WITH rather than at! Most men go through a lot of soul searching when they are not sure and most ladies are justifiably disappointed when the promised call doesn't materialize. #2. The Christian Right - It was a strong belief in God that helped this country get started and it will be a strong belief in God that sustains it. When 'push comes to shove' as in the song, 'they will need these good old boys to fight'. #3. Life Begins With Woman - an' boy am I glad! #4. If You're Not Where You Want To Be - In love or work or just every day living, 'it's time to move on'. #5. You Made My Life A Song - How love changes attitudes! #6. Papa - A poignant ballad that could have been written about me and my son or me and my father with just a little jurnalistic license. #7. (They Are) Packin' Heat Down in Texas - A touching, humorous and factual perspective on the present gun controversy done in the finest western swing tradition with a few little extras. #8. Just Friends - I thought we had a great relationship. She broke it off and said, 'can't we just be friends'? That might work for the leave-er- - -but it doesn't work at all for the leave-ee. Why would I want to put myself through that? 'This will have to be the end- - -'cause I love you'. #9. Today is the Tomorrow (I Dreamed of Yesterday) - A traditional ballad with traditional and sweet values and a very pleasing melody. #10. Mr. Moon - just a kick!

Here's what you say about
Jim Bundy a Country Gentleman - Packin Heat.