One Leg Up - Pere Lachaise 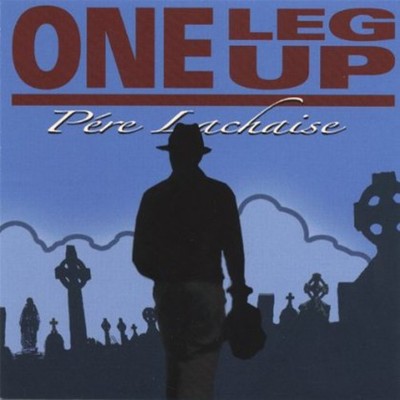 "For the Django fanatics, there's not a finer gypsy jazz band than One Leg Up." (Hunter Pope Mountain Xpress, Jun 7, 2006) One Leg Up--John Stineman (guitar & vocal), Jim Tanner (guitar), Daniel Coolik (mandolin, guitar, & electric mandolin), Mike Guzalak (clarinet, tenor saxophone, & vocal), Cary Fridley (bass & vocal), and Steve Trismen (violin)--released their first album Gypsy Blue in 2004. About their first record, Vintage Guitar Magazine wrote "One Leg Up plays Gypsy jazz with conviction... The solos come fast and furious from their two solo guitarists, mandolinist, and clarinetist." That same year they accompanied Spanish gypsy jazz guitarist Pere Soto while he toured the U.S. May, 2005, they did a concert/book show with Michael Dregni author of the new acclaimed biography Django: The Life and Music of a Gypsy Legend. Also, in that year, their live version of "Tico Tico" was put on WNCW-FM's Crowd Around the Mic Volume 9, a compilation of the best music recorded live on WNCW that year. Their second record, Pere Lachaise, released on Bastille Day of 2006 found One Leg Up playing in an energetic yet new direction. Though the album contains elements from their first, such as a few Django Reinhardt compositions and some jazz tunes for the Tin Pan Alley days, this new album welcomes the addition of Cary Fridley on bass and vocals, some electric guitar and mandolin work, and newly fashioned, fresh arrangements of lesser known standards. One Leg Up works within the gypsy jazz instrumentation and framework while bringing different styles of jazz, Latin, and original music into their identity. They perform through out the Southeast U.S. at festivals, concerts, clubs, dance events, and any place where the music lovers appreciate the sensual energy of a tight jazz ensemble. One Leg Up, from Asheville, NC, plays a mixture of gypsy jazz, Latin, swing, modern jazz, and original compositions. Performing together since 2003, One Leg Up became the house band at Café Soleli in Asheville. During their eighteen month engagement at the Café, the group gathered an enthusiastic fan base of music lovers, dancers and fellow musicians, and developed their tight, rhythmic acoustic style of jazz that is ready for any concert hall, festival stage or swing dance.

Here's what you say about
One Leg Up - Pere Lachaise.