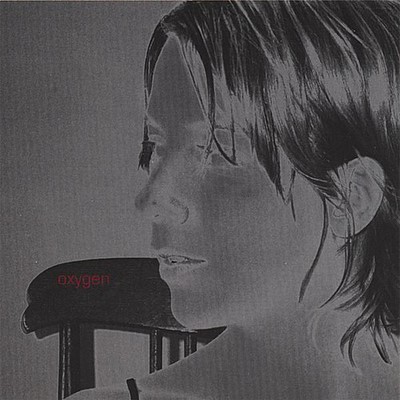 Alice Bierhorst is a multi-instrumentalist based in New York after many years spent on the West Coast. She has released six records on her own shur records label. 'Oxygen' is her fifth album. Performing all the instruments herself, the music reflects the intensity and purity of her vision as writer, performer, and arranger. Opening with the gorgeous and haunting 'Row', the album picks up speed with the Jackson 5-esque pop gem, 'Not the One'. The title track thrums with looped tablas and backmasked vocals, followed by 'Butterfly', a dark ballad evocative of Nick Drake. 'On A Clear Day' recalls 'Pet Sounds'-era Beach Boys with stellar vocals and a vintage 6/8 feel. The classic r & b ballad 'Lullabye' appeals to the insomniac heart. The haunting sound-effects and drum loops of 'Nobody's Sun' echo the song's lonely sentiment. 'Nowhere Else' and 'Big Star' are poignant pop pieces filled with indelible hooks. The album closes with 'I Believe in You', a simultaneously spare and lush ballad with a slow hip-hop groove. Influences range from the pristine pop of Burt Bacharach to the dreamy landscapes of early Brian Eno to the confections of Motown and girl group pop. Alice's music is effortlessly timeless. Previous recordings include 'Heaven' (1996 - rough and ready alternafolk), 'Safe Places to Dream' (1997 - clean folk-pop with an undertow of sadness), 'Maker's Mark' (1998 - a claustrophobic suite of crystalline melodies), and 'Now Entering Liberty Heights' (2000 - beautiful and sunny and dreamy). Her latest release, 'Earthbound' is now available here at cdbaby.com REVIEWS 'A refugee from the San Francisco art and folk scenes, Bierhorst has relocated to New York for her latest album, 'Oxygen', which finds her crafting smoky, supple, creep-folk, similar to - and as indelible as - David Crosby or Red House Painters. She's definitely a mature adult and a confident artist, and even the gothic traces that surround her songs are less depressing than they are classically beautiful. This is a record with atmosphere'. -Performing Songwriter 'Alice's honeydew sweet vocals wisp through the air. Some tracks slide from sweet to haunting to chilling, but for the most part, her album is a beautiful sunlit field'. -Songwriter's Monthly 'Bierhorst's romantic songs shimmer with melody and feeling. This is a perfect disc for that lazy Sunday morning brunch with your main squeeze'. -Jersey Beat.

Here's what you say about
Alice Bierhorst - Oxygen.