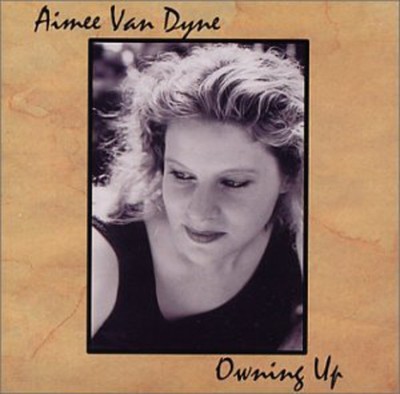 With the release of her debut CD, 'Owning Up,' singer-songwriter and guitarist Aimee Van Dyne demonstrates herself as a gifted composer and arranger, unleashing songs of haunting beauty and vulnerability, with a depth and musical complexity rare in an artist today. Her confessional lyrics and serious subject matter express an understanding and compassion unique for our time, given shape by the strong melodies and four-part harmonies that distinguish her work. Joined by percussionist Jorge Pertuz, bassist Tom Semioli, and pedal-steel guitarist Jon Graboff, th songs range in emotions from the guitar-driven rage of, 'Not Even You' to the confessional yearning of 'Owning Up,' distinguished by Aimee's soulful voice and rythmic guitar. A native New Yorker, Aimee's career as a musician began at an early age, as a classically trained pianist, studying and performing in competitions throughout the New York area. Although she started playing guitar by age eleven, it wasn't until her college years in Providence, RI, that Aimee began writing songs, performing in local coffeehouses and clubs. Upon returning to New York, Aimee soon joined forces with vocalists Kathleen Hunt and Nina Schmir, who have put their inimitable stamp upon Aimee's unique vocal arrangements. Together, the three create a powerful presence on stage, captivating audiences with the complexity and clarity of their vocals. With the release of 'Owning Up,' Aimee has once again returned to the stage with a newly formed band, and can curently be seen performing throughout the New York area.

Here's what you say about
Aimee Van Dyne - Owning Up.