Vox One - Out There 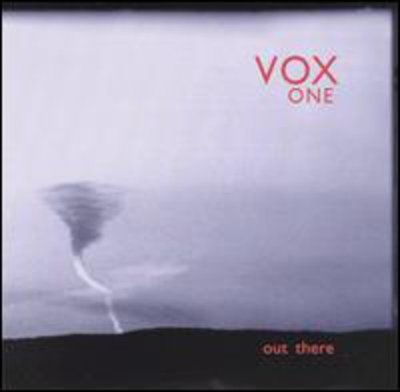 For their second album Vox One decided to record mostly originals. A challenging prospect, because the songs themselves had to appeal to the audience before they could add their hallmark arrangements. Well, appeal they did, and the resulting work swept the 1996 Contemporary A Cappella Recording Awards (CARA) by winning 'Album of the Year,' 'Best Jazz Song' with Paul Stiller's 'Searching for You,' 'Best Doo-Wop/R&B Song' with Tom Baskett/Paul Stiller original 'That Which You Love,' 'Best Contemporary Song' runner-up with Paul Pampinella's 'Whisper When I Speak,' and soloist awards for Jodi Jenkins and Tom Baskett. The CARA judges wrote: In a year of extremely strong nominees for best album, Vox One's little-publicized 'Out There' takes first place because it has everything. Exceptional songwriting, glowing arrangements, magnificent solo performances and top-rate production all combine to make this the sleeper album of 1995. Somehow Vox One manages to combine elements of pop, rock, blues and jazz without compromising the exacting demands of any of the styles. The resulting blend is infectious and definitive, proving 'Out There' to be one of the best contemporary a cappella albums ever. Here are the tracks: Searching for You: A Paul Stiller arrangement that has graced many live performances. (from CARA notes) Wayne Shorter's moody epic 'Searching For You' is a tune most jazz a cappella groups would find daunting, if not unapproachable. But Vox One embraces the spirit of the song. With the help of Paul Stiller's original lyrics, the group crafts a captivating seven-minute journey into the heart of hard bop and dissonant, cantankerous jazz. Whisper When I Speak: Paul Pampinella wrote this beautiful and catchy ballad just prior to his wedding. Once again, the CARA judges noted: It doesn't really matter what style Vox One is singing or writing; they'll do it wonderfully. 'Whisper When I Speak' is a beautiful ballad about a wedding, with wide appeal and yet uniquely Vox One. It's easy to imagine this being that traditional 'first dance' at weddings everywhere for years to come. The Eyes of a Jungle: Yumiko Matsuoka often writes her songs/arrangements with a painting or scenery in mind. This is her way of warning about human encroachments into nature, but with images evoking Henri Rousseau's jungle paintings. The initial motif is in 13/8 (6+7), an ominous number in some traditions. The soloists include Jodi and Paul Stiller, as well as overtone singing by Paul Pampinella. Gone By: Paul Pampinella managed to write the piece in a matter of minutes at a time when he was super busy (still busy to this day). The driving groove created by Tom's bass and Paul Stiller's drums sets up a perfect stage for Jodi, Yumiko and Paul to wonder frantically where their time/life has gone to. In 2013 the words ring even more true and urgent. Save Me: This was written at a time when Yumiko was going through one of the 'down' periods in her life. She had to use her favorite Mixolydian mode, and the group backs her up beautifully. The Sky is Crying: Keeping it's original blues feel intact, Paul Stiller kills the audience when he sings the words and guitar, while the others back him up with vocal instruments. The group introduces what make/model they are 'using' at live performances, which adds to the tremendously fun experience. Say You'll Always Be: Another Paul Pampinella gem but this time the mood is darker. Paul's voice cuts into listeners' heart with such yearning and love that the emotion lingers long after the song is done. That Which You Love: The CARA judges' comments for winning the 'Best Doo-Wop/R&B Song' are as follows: Vox One, known as a jazz group, has taken the doo-wop/R&B category. How's that for versatile? Then again, they could be reciting a phone book and it would still have that unique Vox One taste to it that makes them so popular. 'That Which You Love' shows off each of the voices and talents that combine to make Vox One such a strong group. Praises for Tom himself who wrote the lyrics: Tom is a vocal chameleon - he's one of the few great a cappella basses who doesn't sound like a bass when he's singing lead. Instead he has an unencumbered, soaring tenor timbre that at times reminds one of Bobby McFerrin's seamless range. Morning: This Paul Stiller original has become 'THE' Vox One song for many fans. An incredibly delicate ballad, with the lyrics by Paul and his wife Lisa, features one and only Jodi Jenkins whose talents were honored by the CARA judges: The last time Vox One's talented Jodi appeared in the CARAs, we wrote: 'Jodi has got one of those voices that sounds more resonant than anyone else her age, and yet still maintains a bright, youthful quality. She almost has too pleasant a voice to sing jazz, as her tone is so gorgeous it would be hard to imagine it conveying pain. Almost. Ella Fitzgerald has made a 50-year career without relying on pathos. There are plenty of people singing the blues, but Jodi has a long career ahead of her singing and making us smile.' Yep. Still works. The song has even become an anthem for a drum and bugle corps in Iowa, and it moves listeners to tears every time it is sung or played. Out There: A tour-de-force Paul and Lisa Stiller original showcasing his vocal percussion and guitar in an edgy rock groove. Due to his singing multiple instruments this piece is unable to be performed live, but it closes the journey Vox One takes you to their world in a dramatic fashion. We hope that you enjoy this album. Thank you for your support!!!

Here's what you say about
Vox One - Out There.