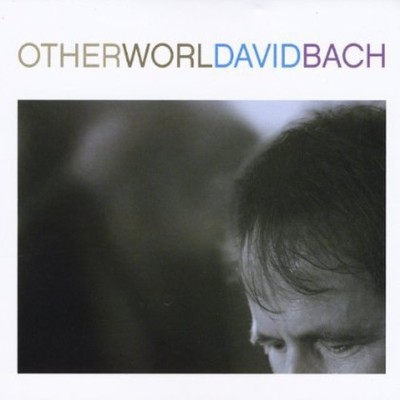 FAME Review: David Bach - Otherworld David Bach's evolution as a keyboardist is interesting. An Air Force brat, he took to the piano so ardently that he never had to be hectored to practice. Then, from base to base, he lucked into really good teachers, and, through his teen-aged years, deciding upon the choice of intelligent aficionados the world round, got into progrock during his time spent in Europe when prog was peaking. Lucky bastard! At the same time, he caught onto jazz with Herbie, Chick, Keith, and others-hell, if you were into prog, you could hardly avoid jazz-and made his decision to turn in that direction. My sentiment since the 70s has been that Robert Fripp, Brian Eno, and others are the next phase in neoclassical musics (welded to no end of permutations of Romantic/Impressionist/etc.), and I fought with professors in college over that. Dave Bach's stance has been that Corea, Jarrett, and others are the new classical musician-composers, and he went toe to toe with his profs-to little avail if I'm reading the inferences in the promo lit correctly, and thus left the classical world that had also been beckoning him in order to pursue a much better grail. All those various influences landed him in the fusion/World/Serious Smooth Jazz realm, and that's what you get with Otherworld. The opening cut, City Lights, brings the funk 'n da groove in a way that'll have Bob James dancing the funky chicken in the streets. Much of the rest of the disc hits more or less on Yellowjackets / Rippingtons / Jasper van't Hof / Joachim Kuhn / Passport venues, intelligent musics you can dance to. Angels, my favorite track, gets a good deal more serious without becoming at all pretentious, less kick-yer-heels hip, instead reflecting the classical/chamber tangent that surfaced in his early studies, something Pat Moraz woulda come up with in his later solo output, in between Refugee and Yes, echoes of a less psychedelic Cyrille Verdeaux sounding as well. Lorenzo Sands' hypnotic bass work maintains a serial bedrock as Bobby Read's sax glides above Bach's simul-synched piano and synths playing against and with one another. After a couple swingin' cuts, the balladic Layer of My Heart returns to Angels depths, this time in slower tempo and less ornate, kind of a Ravel/Bach/Satie gig where every note counts. Rite or Wrong gets way the hell funky, a shakin' soul strut with Dave Wells plying a Grover Washingtonian soprano sax. Otherworld closes with the ethereal Night of Day, an evening song cleansed of turmoil and stress, peering at the stars with just a touch of wistfulness...but mostly a calm satisfaction that, despite all else, some things remain unspoiled for contemplation. A review written for the Folk & Acoustic Music Exchange by Mark S. Tucker ([email protected]) __________________________________________________________________________________________________ Otherworld, Bach's fifth record as leader and his fourth in the studio, is a testament to his growth as a player, composer, and producer. Just as Bach's moody interfacing of classical, R&B, and improvisational influences distinguishes him from all the smooth jazz clones, despite it's deep jazz roots, so too does a finer balance of effervescence and robustness distinguish it from his previous efforts. His European tenure shines through in the slick opener "City Lights" and it's companion "There and Back," both of which show his innate comfort with evocative atmospheres. From note one the latter especially places Bach squarely among likeminded instrumentalists such as Eberhard Weber and Jan Garbarek, minds who turned the jazz paradigm inward and brought it back to the melody. In this sense Bach is a luminescent storyteller, his playing evocative and precise. His pianism is front and center throughout, fleshed by equally descriptive contributions from his world-class band mates. By those musicians Bach has been as blessed as he is with talent. The album's roster includes multi-instrumentalist Bobby Read, who doubles as horn arranger of "Sapphire." Other key players include reedman and longtime ally David Marq, whose cool soprano carries us out on a dream in "Night of Day," the album's aerodynamic closer; drummers Mark Prince and John Thomakos; and flutist Al Williams. The latter lends gorgeousness to the group's take on Johann Sebastian Bach's a-minor Invention No. 13 (BWV 784), recorded here in response to constant requests for Bach to pay tribute to his namesake. Guitarists Leonard Stevens and Andy Shriver lend further punch to the project. Whether through atmospheric washes of E-bow, funky backings, or keening solos, they deliver in spades, as do bassists Lorenzo Sands and Jimmy Charlsen. Percussionists Ekendra Das and Edgar Montalvo also keep things interesting with their masterful sense of color. Despite the wealth of extras mined here, many of the songs are very much Bach's own. The spaciously realized "Angels," for one, came to him in a dream, while the reflective "Layer of My Heart" was a haunting melody that just wouldn't go away. Still, the album has more than flowing expanse going for it. There are also focused nodes of groove and revelry. "All In" is emblematic in this regard. With a laddering bass line and hip percussive edge, it hits all the right targets. Being the reflective album that it is, Otherworld inevitably waxes nostalgic. Whether channeling Keith Emerson in the Hammond-infused "Rite or Wrong" or Steely Dan in the minimal, luxurious swim of "Sweet Spot," Bach is the alpha and omega of these tunes. The band's shining take on the U2 anthem "With or Without You" is an especially fruitful showcase of his command. The album's clarity of presence is due in no small part to the top-notch recording and mixing. The result is a fine and refreshing achievement in instrumental music that stands on it's own for all it's arrangement and thoughtfulness and is, above all, a work of honest creativity. Slated for a late fall 2013 release, Otherworld is exactly that: a place of escape, of spirit, and of joy. Tyron Guli, Music Blog.

Here's what you say about
David Bach - Otherworld.