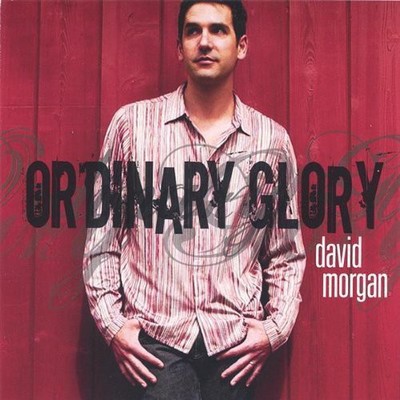 From headlining at the Blue Note with his jazz piano trio to his sold out performances as a singer/songwriter David Morgan is consistently producing and performing music that is diverse and dynamic. "David is a truly extraordinary pop singer-songwriter-right alongside his glorious preceding accomplishments as a jazz musician." (Jim Bessman of Billboard Magazine) Originally from San Francisco, Morgan grew up listening to everything from the Beatles to John Coltrane to Chopin. In 1987, when still in high school, he was severely bitten by the jazz bug. Two years later he moved to the University of New Orleans to pursue his love of jazz where jazz was born. At UNO, he studied piano and composition with legends Ellis Marsalis and Harold Battiste. It was there that he first played with Wynton Marsalis, James Rivers, Wes Anderson and Nycholas Payton. "My time in New Orleans, studying with Ellis and Harold by day and playing in clubs almost every night was an unparalleled stage in my development. I cherish that time in my life" Before heading for New York, producer/composer Battiste released his first jazz CD, "Comment" on AFO Records. Battiste says, "His credentials as composer, producer, arranger, leader and player are rooted in the best traditions of jazz: taste, wit, integrity and swing. Did I forget to mention FUNK?! New Orleans left some stuff on him." Morgan has since released two additional critically acclaimed live jazz CD's, "Hands of Time" (Turnipseed Music) and "The David Morgan Trio-Live at the Blue Note" (Half Note Records) featuring drummer Jason Marsalis, bassist David Grossman and guitarist Peter Bernstein. For the past 10 years, Morgan has been the musical director and producer for singer/songwriter Neshama Carlebach. Their fifth CD, "Journey" was released in October, 2004 to fantastic reviews. They are finishing up their latest pop CD, due out at the end of 2006. They consistently tour worldwide- from the U.S. to Russia, South Africa, England and Israel. As a composer, Morgan has been busy writing for television and film. He composed jazz music for CBS's hit Judging Amy, and continues to write rock, pop, funk and orchestral score and themes for CBS Sports. He wrote the musically diverse score for the comedy feature film, "Hacks," written and directed by ex-Saturday Night Live writer, Glenn Rockowitz. Morgan also performs and records with singer/songwriter Peter Himmelman and recently arranged and played piano and Hammond organ on an R&B album produced by legend, Nile Rogers. His new pop/rock album Ordinary Glory was just released. "Ordinary Glory is an album that is rather sensitive than sentimental and it shows the extraordinary within the ordinary. His voice touches where he has to touch- somewhere deep where there is darkness and light. Morgan did an excellent job producing Ordinary Glory, with songs that have echoes of jazz and rock. Simply beautiful." (***1/2 Wim Boluijt- Heaven Magazine)

Here's what you say about
David Morgan - Ordinary Glory.