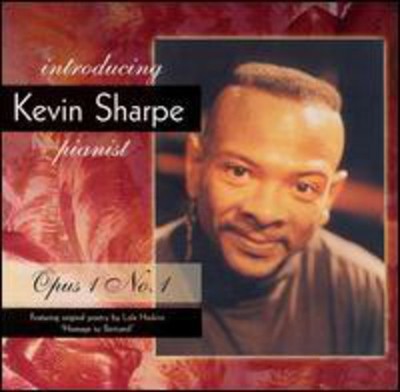 Introducing Kevin Sharpe Opus 1 No. 1 JDT3045 Featuring original poetry by Lola Haskins 'Homage to Bertrand' Three Preludes on Gregorian Melodies Ottorino Respighi 1. Molto Lento 2. Tempestoso 3. Lento Scenes from an Imaginary Ballet Samuel Coleridge-Taylor 4. Molto Vivace D major C 5. Allegretto, B-flat major 6. Tempo di Minuetto, G major 7. Andantino, A-flat major 8. Vivacissimo, A minor Lieder ohne Worte (Songs without Words) Felix Mendelssohn 9. May Breezes Op. 6 2, N o. 1 10. Spinning Song Op. 67, No.4 Gaspard de la Nuit (1908) Maurice Ravel 11. Ondine 12. Le Gibet 13. Scarbo Kevin Sharpe is regarded as one of the country's most promising concert pianists. After a successful debut in New York City's Weill Hall, he has been praised by critics and has enchanted audiences with his 'precise touch' and 'strong individual voice.' Sharpe's piano studies began at the age of twelve at the Newark School of the Arts. He continued his education at the Oberlin Conservatory of Music with renowned pianist and teacher, Frances Walker. According to Walker, 'Sharpe is a fine sensitive musician and one of the best pianists I have ever worked with.' After receiving his Bachelor of Music degree from Oberlin, Sharpe went on to Study at Indiana University where he received his Masters Degree and Doctorate of Music under the tutelage of Menahem Pressler, distinguished pianist of the Beaux Arts Trio. Pressler describes Sharpe as 'an excellent pianist rather extensive repertoire... his playing has true brilliance.' Among the many awards Sharpe has received are the Oberlin Conservatory Rudolph Serkin prize, The National Association of Negro Musicians Competition and the National Young Artists Piano competition. In 1991, Sharpe was the top prize winner in the Johann Sebastian Bach International Piano Competition in Washington DC. Since that time, Sharpe has maintained a busy performing schedule in Washington, New York, New Jersey, Chicago, Florida and Atlanta. His performances of Bach's 'Goldberg Variations' won him acceptance from New York's critical elite when Bernard Holland of the New York Times declared, 'Mr. Sharpe's rock-steady progress through this complex music reflected both understanding and command.' His Performance of the great Bach work at Washington's Organization of American States was broadcast live throughout the Latin America's. His performance at the Kennedy Center's Terrace theatre was described as 'a thoughtful performer with an attractive ear for nuance and detail.' Currently, Dr. Sharpe holds the position of Associate professor of Piano and Chamber Music at the University of Florida where he is active as a soloist and chamber musician. A guest Soloist, he performs frequently with orchestras throughout Florida, Washington and Indiana. International appearances have included appearances in Mexico, Iceland, Finland Argentina, Hong Kong, and the Czech Republic where he was an American representative for the American Liszt society.