Acrassicauda - Only the Dead See the End of the War 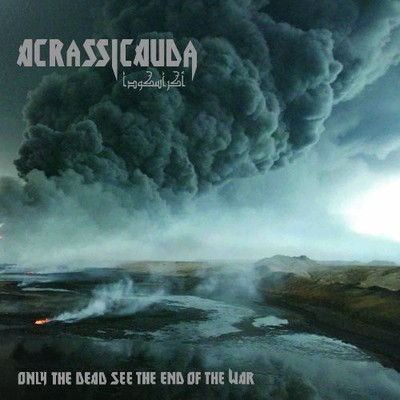 For the past six years, vice has documented the story of Iraqi heavy metal band acrassicauda in their struggle to stay alive and continue the band while enduring the disintegration of their own country throughout the war. Inspired by western bands like Metallica, slayer, and slipknot, acrassicauda played just three shows in Iraq before the country began to literally implode around them. Rebels and religious fundamentalists accused them of Satan worship, and it eventually became impossible to find a venue where they could safely perform. Still, they refused to let their dreams die. Despite years of practice and a handful of life-risking performances, an official release of their music has yet to be heard. Until now. Acrassicauda are the subject of the internationally acclaimed, award winning vice documentary, heavy metal in Baghdad. The film follows the band from the fall of sad dam Hussein to their escape from Iraq. After leaving their homeland behind, they became refugees in turkey and then Syria. Several months later, the band finally arrived in New York, where they recorded 'only the dead see the end of the war'. Produced by Alex (No Suggestions) of testament and mixed by josh Wilbur (lamb of god, hatebreed, system of a down), their music and the band themselves have been embraced by the metal community. They've gained support from artists such as Metallica, mastodon, neurosis, pelican, isis, high on fire, josh home and more; with them speaking out about the band's music and unique and inspiring story.

Here's what you say about
Acrassicauda - Only the Dead See the End of the War.