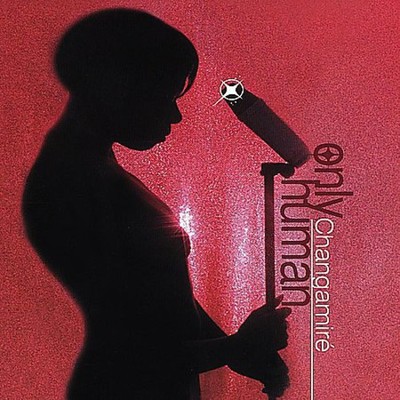 REVIEWS It's difficult to nail down just what makes her voice so darn compelling. Maybe it's the comfort and familiarity, maybe the confiding honesty. Whatever the case, it works exceptionally well. -- Todd S. Jenkins, AllAboutJazz.com A jazzy chanteuse with the pop sensibilities in the vein of Cassandra Wilson and Anita Baker, Changamire has it all: immaculate phrasing, tastefully restrained vibrato, a taste of honey in her tones, delicate songwriting, and fitting accompaniment that neither towers over nor cowers beneath her. -- Joseph McCombs, Starpolish.com Honey-coated singing backed by lush sounding strings and sizzling jazz drumming. Changamiré's voice has an intimate vibrato that teases it's way around the words to her pleasant originals and standards. -- Jesse Terry, Listen.com Une vocaliste jazz comme on en entend que trop rarement. -- FranceMP3.com Soft jazz vocals with lush strings. Just when you thought you'd have to start unboxing those old LPs. -- The Tucows Music Network ....a wonderfully talented jazz singer.....pitch accuracy and vocal tone quality is right up there with the 'top-shelf Divas' - BRAVO!!! -- General Jazz Music Director, MP3.com ....when I really want to relax and just drift away in a good song performed by someone with an exquisite voice, I listen to Changamiré. This young woman is fabulous! -- Fred Wheeler, Minnesota Coalition Records BIOGRAPHY Changamiré began listening to Jazz at age 13, when her Aunt would play Jazz albums. She was immediately attracted to the singing of Billie Holiday, whom she would mimick. Mainly enjoying R&B as a young teen, Changamiré did not pursue singing right away. At 18, she rekindled her love for Jazz, listening then to Sarah Vaughn, Dinah Washington, Dakota Staton, Ella Fitzgerald, and Nina Simone. Changamiré began singing at jam sessions around the Washington, DC area. While attending one of those sessions, a seasoned musician told her in front of the audience that she should return to the session at a later date, once she learned music. The embarrassment ran her away from the music scene. Shortly after, she decided to take voice lessons. Changamiré was introduced to Glenn Turner, the pianist for Gil Scott Heron during that time. Mr. Turner became her first vocal coach, and their sessions increased her love for music and introduced her to recording. Mr. Turner recorded each voice lesson to use as learning tools for Changamiré. Together they recorded Jazz standards and Glenn Turner originals. Eventually, she began performing in intimate Washington venues, always filling them to capacity. Changamiré had developed a following. Several years later, she was working for a Public Relations firm, and at a networking event, she met a Jazz label representative who suggested she make a recording, to have a presence in the music business. Soon afterwards, Changamiré began recording her debut CD, Only Human. She solely hired a producer, the finest musicians, and used the most professional studios within her means. One session, recorded at the famous Sigma Sound Studio in Philadelphia PA, utilized a 14-piece string section. Her credible publicity experience has been executed for this CD, as evidenced by extensive press and acknowledgements that come in from all over the world. Selections from the multi-genre Only Human, prior to and after it's release, have numerously appeared on top 40 internet charts around the world, resulting in over 26,000 plays of music on the Changamiré website. The promotional campaign continues for Changamiré and Only Human. A professional fashion photo shoot, high-quality CD release with radio airplay, successful video premiere, and a unique itinerary of upcoming events keep the public wanting more of her. For recreation, Changamiré enjoys fine dining, fashion, theater, and traveling. Her social and professional affiliations include BMI, Washington Area Music Association, National Association of Black Females in Entertainment, Washington Project for the Arts, Corcoran Gallery of Art, Smithsonian Resident Program, and the African and American Women's Association.

Here's what you say about
Changamire - Only Human.